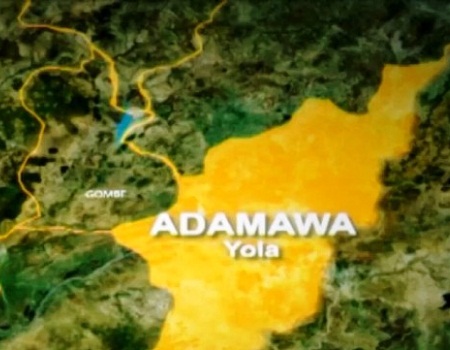 The Adamawa State chapter of the Nigeria Union of Teachers (NUT) has refuted a media report that a teacher identified as Nathan (surname withheld) raped a 12-year-old schoolgirl in Namtari village of Yola South in Adamawa State.

The chairman of the union in the state, Comrade Rodney Nathan, speaking with Tribune Online at the union’s secretariat in Yola, said the claims made by Adamawa Police command, Nigerian Security and Civil Defence Corps (NSCDC), was premature, as according to him, “Proper investigations were not carried out before going to the press.”

Comrade Rodney told Tribune Online that the relationship between the teacher in Adamawa State and the schoolgirl was a known one to the parents of the girl and the society (Namtari) at large.

ALSO READ: Soldier, one other arrested for alleged robbery in Adamawa

He said that as of the time, Mr Yusuf was arrested, the keys to his room were with the girl in question, which he said suggested that the duo were consciously engaged in a mutual relationship.

However, while condemning rape as a crime, he vowed to decisively deal with any teacher found in the act.

The NUT chairman contended that “one cannot call a mutual relationship between a schoolgirl and her teacher who are mutually in love a rape case.”

He said from the report submitted by a panel of enquiry set up by NUT to investigate the matter, it became known that the schoolgirl, a student of Government Secondary School (GSS), and Nathan, a primary school teacher in Namtari, had been lovers for at least, six months.

Also, the NUT chairman the investigation committee’s report revealed that the schoolgirl “is carrying a six-month pregnancy, an indication that a long term relationship had existed between the teacher and the schoolgirl.”

The NUT chairman, further queried the claims be security agents, as he asked: “At what point did the rape take place, was it six months ago, or now that it was discovered the schoolgirl is carrying a six-month pregnancy?

Comrade Rodney blamed the parents of the minor for encouraging the relationship, as it was reported that the accused teacher was always in her house and her parents were aware of the relationship.