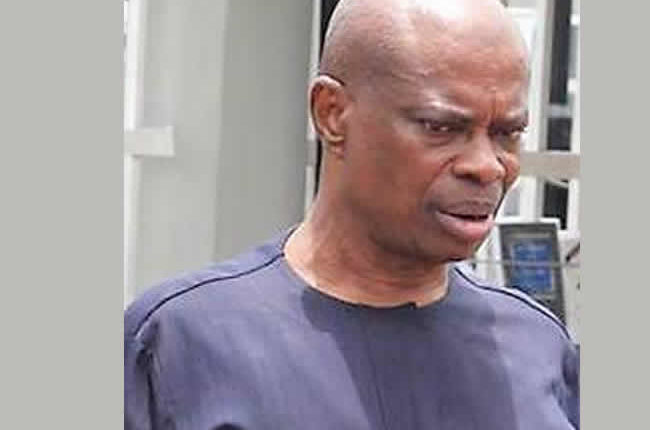 Illoh was a Permanent Secretary in the Federal Ministry of Labour and Productivity when he allegedly committed the offences.

“Following the final written addresses of the prosecution and defence counsel, this case is adjourned till Sept. 24 for judgment,” the judge said.

Earlier, Oyedepo via a final written address dated May 23, urged the court to convict Illoh on all the counts, claiming that the prosecution proved its case beyond a reasonable doubt.

He said: “He was reposed with public confidence and trust in the management of our common patrimony.

“If there is anybody that will deal anyhow with money, it should not be somebody who has risen to that status.

“My lord, a permanent secretary of a ministry who was aware that the money was meant for his ministry, prevented the transfer of this money to the account of his ministry known to the government.

“We asked him if there was any contract between Clement and Bob (Illoh’s private company) and the ministry, he said, ‘No’.

“We asked the Nigerian Maritime Administration and Safety Agency (NIMASA) staff who came to court, and he said, ‘No’.”

The prosecution counsel submitted that the defendant intended to convert the money.

“We only brought N14 million here (high court). A public servant like him had N646 million in his account.

“There were a lot of people and companies depositing money into the account, and we recovered N600 million.”

Oyedepo said that the court’s imposition of a stiff punishment against the alleged offences would teach a lesson.

However, in his final written address, Onukwe said the EFCC erred in filing the suit before the high court.

“We submit that the entire charge has no place before your lordship. The charge ought not to have been brought to court.

“There is a difference between the money charged and the amount the prosecution proved.

“There is evidence before your lordship stating why and how this money was approved to be in the account where it was found.

“In the words of the defendant, if the money was paid into the ministry’s account, it would have had no classification code for it to be brought out for the purpose it was meant for.

“It is not true to say that since the money was found in Bob and Clement account, it is a proof of a crime, that is the mistake the prosecution made,” he said.

NAN reports that the defendant was arraigned on Oct. 16, 2017, by the EFCC on a three-count charge bordering on stealing by conversion of the property to the tune of N14.1 million.

Illoh who was responsible for supervising numerous programmes including SURE-P is alleged to have awarded fictitious contracts to himself via his company and friends.

Court set to rule on former Head of Service, Oyo-Ita, others’ bail application