by Tribune Online
in Metro
Reading Time: 1 min read
A A 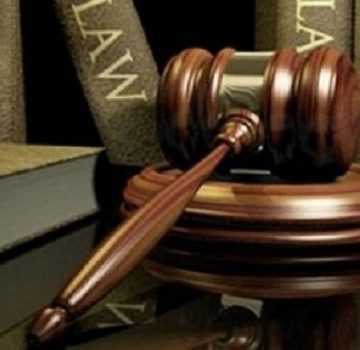 AN Iyaganku Chief Magistrates’ Court in Ibadan on Wednesday ordered that a 19-year-old man, Ayomide Adeshina, accused of alleged murder be remanded in Agodi Federal Prison, pending legal advice from the Office of the State Director of Public Prosecutions (DPP).

Chief Magistrate Kehinde Omotosho, who gave the order, adjourned the case until Dec 17, for the mention.

The News Agency of Nigeria (NAN) reports that the plea of the defendant was not taken.

The police charged Adeshina of no fixed address with murder.

The police prosecutor, Insp. Sunday Fatola told the court that Adeshina on Oct.4, at about 9. 30 p.m., at Oke-Ado area, Ibadan, allegedly caused the death of one Rotimi Oloidi, 35.

Fatola said Adeshina allegedly hit Oloidi on the head with a stone during a fight.

He said that Oloidi later died from his injuries.

The prosecution said the offence contravened the provisions of Section 316 and punishable under section 319 of the Criminal Code Cap 38, Vol.II, Laws of Oyo state 2000.