Alleged killing of student by SARS sparks violence in Iwo 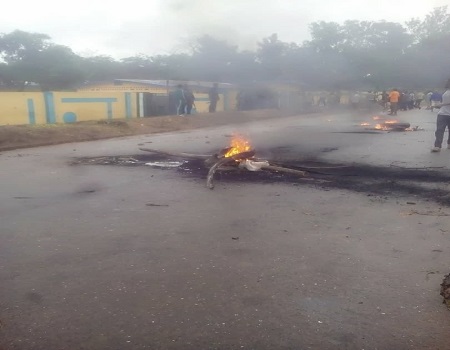 THERE was pandemonium in the ancient city of Iwo, Osun State, on Friday morning when some irate youths allegedly set ablaze a police station in the community to protest the alleged killing of a student by one of the officers of the Special Anti Robbery Squad (SARS).

Tribune Online authoritatively gathered that the student, identified as Tunde Nafiu was coming from Olupona, a neighbouring community when he was allegedly hit by stray bullet on Thursday night.

Though details of the circumstances surrounding the killing were still sketchy as of the time of filing this report, sources informed our correspondent that some enraged youths, irked by the development allegedly swooped on Iwo area command police station, located around Adeke area at about 9.45 am and set it on fire.

When contacted the Osun State Commissioner of Police, Mr Fimihan Adeoye said “they were fighting there, but we are trying to curtail it. But, we are still investigating the incident.