Alao-Akala: 69 garlands to a selefless leader 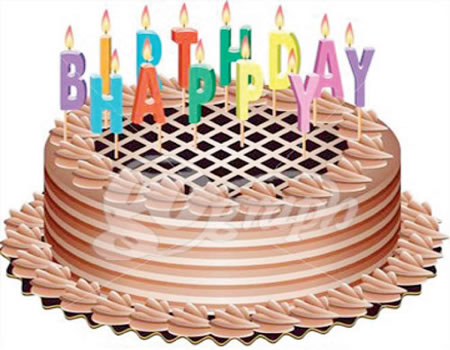 LIFE took a gloomy start for the young Bayo Alao, who lost his Father on the 13th day of September 1952, barely 3 months after he celebrated his second birthday anniversary. With uncertainty of what the future had in store for the youngster; his sun of infancy was allowed to set under the caring watch of his Late Grandmother, Mama Subulade Asabi Otunla, popularly called Iya Alaro. Iya Alaro aided him through the hurdles of early life unscathed. Not only did she nurture his kind disposition but also, she was consistently a supportive guard on every step he took from the bottom rung of the ladder to the enviable top. With neither an access to a silver spoon nor the chance to achieve anything on the proverbial platter of gold; Bayo, blessed with prudent foresight from his formative years, projected that the task of turning his life around would require a great deal of hard work. His persistent drive to succeed saw him through many menial jobs, and for a brief spell; he worked as an attendant to a roadside mechanic.

He owes his Uncle a plethora of gratitude for influencing his love for the Police Force. To forge ahead with his studies; Bayo had gone to Ghana with his Uncle who was enlisted in The West African Frontier Force in late 60s. Ironing his Uncle’s Army uniform during his stay with him was all that prompted his exceeding love for uniform-wearing professions, as he became enamored with the idea of accepting any job offer that would grant him the privilege to be clad in uniform. Soon, opportunity presented itself. The Nigeria Police Force and Nigerian Defence Academy were scheduled to organize their final recruitment process for cadets on the same day. He was entangled in the middle of two choices – which should he go for? – The highly reputable Defence Academy or the equally esteemed Police Force? Though a staunch Baptist, he must have recited his favorite Quran verse, Idinna Siratal Mustaqim: “Guide me on the right path, O Lord” on countless occasions before enlisting as Cadet Inspector in the Nigeria Police Force – a decision he has never regretted.

His remarkable stint as a Police Officer took him through many high profile assignments in various capacities before he retired as Assistant Commissioner of Police in charge of Supply in 1995. Over the years, Alao-Akala maintained a stellar academic trait as he was consistently among the class toppers in all institutions of training he passed through. However, It was in December 1998 that reality was asserted on his dream to serve humanity at a capacity where more lives could be touched, as he was elected Chairman of Ogbomoso North Local Government on the platform of APP – a relatively unknown party in the southwestern part of the country but within a short while, his name became etched in the heart of many as an altruist leader with innate ability to proffer solutions to seemingly intractable obstacles.

The unprecedented popularity and goodwill he enjoyed at the Local Government level caught the fancy of the late strongman of Oyo State politics, Baba Lamidi Ariyibi Adedibu who was shopping for a running mate to team up with Senator Rashidi Ladoja who had just won PDP primaries to contest the 2003 gubernatorial election in the state.  Alao-Akala was in Eruwa for a political rally when Chief Adedibu in his usual chatty mood approached him that he would love both of them to instantly embark on a journey to Abuja. Akala promptly asked: ‘’Baba what are we going for?””You will find out when we get there,” Adedibu retorted. It was on this unexpected trip to Abuja that agreement and forms which established his candidature as running mate were finalized. Indeed, great things happen out of nowhere!

His party was victorious in the 2003 Guber elections. He would later be sworn in as Governor of the State after he won a keenly contested election in 2007; and he presided over the most people-centered government that Oyo State ever witnessed. Rural electrification and construction of roads were some of the sectors that quickly received attention. Famed for his nativity, Otunba Alao-Akala only awarded contracts to competent indigenous contractors, thereby ensuring the people of the state were the top beneficiaries of her wealth. The State Civil Service became rejuvenated with early payment of salaries without hiatus as the welfarism of the populace was at the very heart of his administration. One of his unforgettable feats was the introduction of interest-free loans to traders who were depending on cut-throat loans otherwise known as ‘’Gbomule Lanta’’ in local parlance. He is also famed for his boundless interest in human capital development. Not only has he turned many ordinary people into high performers, he has nurtured multitude of hidden talents to full potentials. Suffice to mention, he appointed 18-year-old Kayode Akanbi as Special Assistant on Information Technology while in office.

If it is to cite and recite the achievements of Alao-Akala as an administrator and public figure, one could speak until tomorrow with much still left unsaid. The Ogbomoso-born politician of Taara extraction is a beacon of transformational leadership whose style of governance remains a template for all seekers of public office.  Even at 69; the humanitarian service of Otunba Alao-Akala has not slowed down with age. The robustly built ex-governor has refused to build a wall between himself and the populace – his philanthropic torch remains undimmed. For established and emerging leaders; he remains a guiding light.  Your Excellency Sir, you have brought so much joy and hope to millions by contributing meaningfully to the cause of humanity. As you add another year, may you continue to conquer on all fronts because much still lies ahead of you in the affairs of our dear state and nation. Happy Birthday!