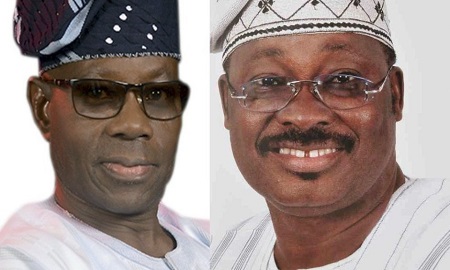 The Oyo State Election Petition Tribunal led by Justice Anthony Akpovi, on Tuesday dismissed the petition filed by the All Progressives Congress (APC) on behalf of Senator Abiola Ajimobi, to contest the declaration of Kola Balogun as the winner of the February 23 senatorial elections by the Independent National Electoral Commission (INEC).

The tribunal upheld Balogun as the authentic winner of the election and the senator representing Oyo South Senatorial District in the National Assembly.

Justice Akpovi, while reading the judgment on behalf of other members; Justices Chinyere Ani and Sambo Daka, held that Ajimobi did not prove that the election is faulty by reason of corrupt practices, rigging, violence and manipulation of election results nor did he prove that Balogun was not duly elected.

According to the tribunal, the petition in no way proved that the election is faulty based on non-compliance with rules, adding that the law is trite and it is presumed that any result declared by INEC is regular except proved otherwise while the onus lies on the petitioner to prove this.

The tribunal held that all result sheets in contention were signed by the APC agents and the reasons given for signing against their wish was untenable as they did not present any evidence that they were forced to sign and cannot at will, now turn back to say the result they signed willingly is irregular, adding that this does not prove any irregularity in the results declared by INEC.

“The declared results span 363 polling units but the petitioner didn’t call credible witnesses to prove his allegations; a total of 46 witnesses were called, out of which the testimonies of 23 was expunged as hearsay, the witnesses were not credible because they weren’t present at the polling units,” the tribunal held.

The tribunal further held that the petitioner failed to prove the difference in the value of votes scored in relation to non-compliance of regulations during election.

“The petitioner did not prove that the allegation of irregularity affected the result of the election. All reliefs in the petition failed, the petition is dismissed and the election of Kola Balogun is upheld,” the tribunal ruled.

Earlier, the tribunal while clearing outstanding applications had disqualified the oral testimonies of witnesses and expunged all oral testimonies outside the written address based on a ruling on an objection raised by the respondent to the testimony of petitioner’s witnesses.

Our task is to stabilise the macro-economic environment ― Agba