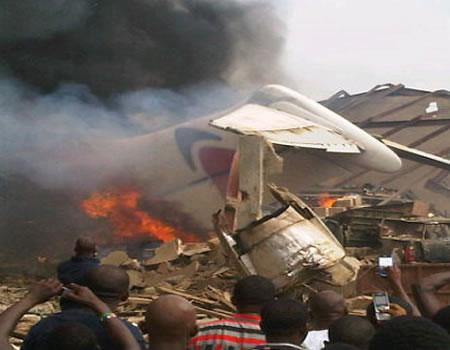 The Accident Investigation Bureau (AIB) has completed the training of the first batch of 20 police officers on how to secure air crash sites.

Mr Olumide Osineye, the bureau’s General Manager, Security and Industries, told newsmen on Sunday in Lagos that the training was aimed at educating   police officers on the importance of securing crash sites.

He said the training, which took place at the AIB’s headquarters at the Murtala Muhammed Airport (MMA), Lagos, had officers drawn from the Airport Command and Special Protection Unit of the Ikeja Police Command.

Osineye said the second batch of the training exercise would commence in Abuja in the next one week, noting that it would help to curb the tampering of accident investigative evidences in the country.

He said the exercise would further enhance the performance of accident investigators in the bureau in case of an accident.

Osineye said: “When an accident occurs, the wreckage is a very important entity and there are items of the aircraft that need to be preserved.

“Experience has shown that most of our police officers are just pulled from anywhere without any background or awareness on accident investigation.

“So, the main benefit is that this category of people will be able to control an accident site so that there will not be any tampering with the evidences or critical items like the Flight Data Recorder and Voice Data Recorder and other relevant items that can help in investigation of an accident.”

According to him, the initiative is the brainchild of the Commissioner of AIB, Mr Akin Olateru, who insisted that police officers must be adequately trained to support accident investigation.

Osineye explained that the training was also put together to provide aviation security awareness to police officers as well as  explain the roles of the police at aircraft accident sites.

He said the trainees had been constituted into a team to serve as a part of the AIB’s investigative team in case of any accident as first responders.