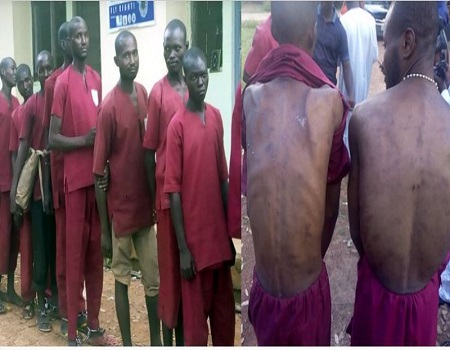 Eyewitnesses told the Sunday Tribune that in the early hours of Saturday, the police in company with the state governor, Mallam Nasir el-Rufai came to the Mallam Nigga centre and asked all the children to vacate the building.

According to sources, the centre has been in existence for two decades and had been responsible for the rehabilitation of drug addicts and mentally retarded people.

“This is what we know is happening at the centre. We don’t know whether the centre is being used for other things,” a source said.

Confirming the closure, the state Commissioner for Social Development, Hajiya Hafsat Baba affirmed that 147 children discovered at the centre had been conveyed to pilgrims’ camp at Mando area of the city for safety.

According to her, the raid came as a result of so many complaints from the people of the area, explaining that it “was the reason why we decided to come in and investigate.

“We have taken the children (125 males and 22 females) to the pilgrims’ camp at Mando. Tomorrow (Sunday) we are going to start investigating the activities of the centre.

“Later we will assign medical personnel to examine them and then reunite them with their families.

“It is our duty to ascertain that the rights of these children are not abused. We will not fold our arms and see this happening,” she declared.

Confirming the development, Kaduna State police command said one person has been arrested in connection with the raid. The person arrested was identified as the owner of the centre, Lawal Yusuf Muduru aka Malan Nigga.

The state police command image-maker, DSP Yakubu Sabo, in a statement said: ‘Today Saturday 19th October, 2019 at about 0800hrs, the Executive Governor of Kaduna State, Malam Nasir Ahmad el-Rufai led police operatives of the command to the NIGAS Rehabilitation and Skills Acquisition Centre located at Rigasa, Kaduna for an on-the-spot assessment where it was discovered that about 147 inmates both male and female were found mostly in shackles.