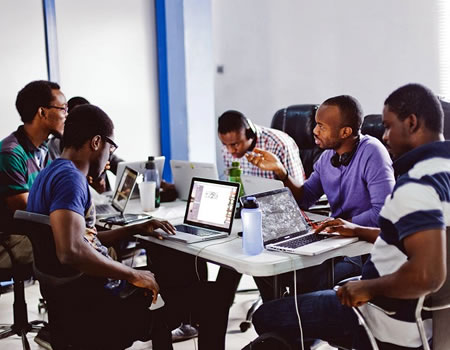 Farroukh said in a statement in Lagos on Saturday that he would lead the operations of Smile, the continent’s 4G LTE network to ensure that Africans enjoyed the data revolution.

He said that Smile had revolutionary technology applications and billing platform.

According to him, the technology applications and billing platform have been developed in-house and provides a huge competitive and cost advantage.

“It has also been a revelation after over 20 years in the industry to witness the power and versatility of Smile’s proprietary technology applications and billing platform,” he said.

Charnley said that Farroukh was perfectly suited to lead Smile’s next exciting phase of growth.

She said that the telecommunications firm had transitioned from a spectrum rich start-up to a reliable data gigabyte factory in Sub-Sahara Africa.

According to her, given the extent of the opportunity and the significance to Smile, Farroukh will spend the majority of his executive time in Nigeria.

The News Agency of Nigeria (NAN) reports that Farroukh was appointed by Smile on May 1.

“Ahmad is an experienced telecommunications executive with a distinguished record of commercial success, extensive experience working in Africa

“He has an impressive ability to drive strategy and profitability in accordance with international standards,’’ she said.

He was also the CEO of MTN South Africa and MTN Group Chief Operating Executive (incharge of 19 countries).

He holds a Master’s Degree in Business Administration and Accounting from the Lebanese American University and is a Certified Public Accountant (New York, USA).

Smile, founded in 2007, is a Mauritius-based Pan-African telecommunications group with operations in Nigeria, Tanzania, Uganda, the Democratic Republic of the Congo and South Africa.

Efe, BBNaija winner says, video for “based on logistics’’ song out soon