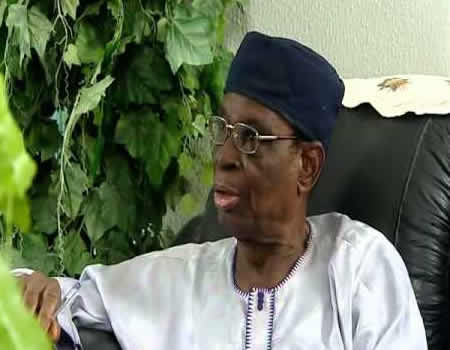 The South West leadership of the Alliance for Democracy (AD) has condemned the recent media attack on Senator Mojisoluwa Akinfenwa, by a member of a national executive member of the party.

Dr Tayo Onayemi, AD South West chairman, , on Tuesday, expressed the party’s concern in a statement made available to Nigerian Tribune, faulting the national auditor of the party, Mr Ayo Ismail, on comments attributed to him against Akinfenwa.

In a recent media report, Ismail, while dissociating AD from membership of the proposed Mega Party, faulted Akinfenwa’s alleged representation of AD in Mega Party’s meeting, thereby warning him to stop parading himself as AD national chairman.

But Onayemi, also the national vice chairman of the party faulted comments credited to Ismail, saying such media attack was not deserving of Akinfenwa, an elder statesman, who, for several years served the party meritoriously, and willingly relinquished power as AD chairman.

He said: “Distinguished Senator Akinfenwa on account of both his age and eventful political sojourn and achievements, is eminently qualified to attend any meeting anywhere and with whomsoever as guaranteed by the constitution of the Federal Republic of Nigeria and without recourse to anyone.

He said it is on record that since 2015 when Akinfenwa “willingly relinquished power as AD national chairman, he has never interfered with the smooth running of the affairs of the party since he stepped down.”

Onayemi added that “is not known for being incohesiveness and we will not allow anything to distract us from achieving our goal of total victory at the forth coming elections in the country.”

Eight students arrested In Ibadan for roaming during school hours