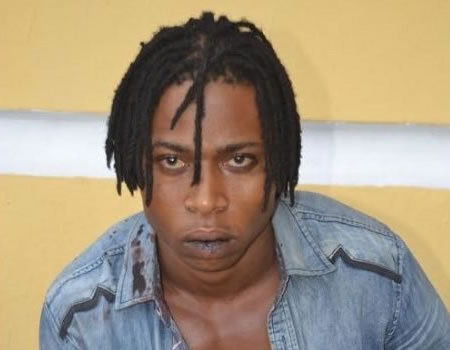 Share
The Operatives of the Special Anti-Robbery Squad, SARS, attached to the Federal Capital Territory, FCT, Abuja, Command of the Nigeria Police,  have arrested one of the fleeing gang members of the suspects who participated in the Saturday’s bank robbery in Abuja.
This was contained in a statement made available to newsmen in Abuja on Thursday by the Spokesperson of the Command DSP Anjuguri Manzah.
According to the statement, “the suspect who played a major role in the foiled robbery attempt was arrested by the team of Police Detectives at his hideout in Katampe1 on Wednesday.

It stated that with this arrest, the total number of suspects arrested in connection with the foiled robbery attempt are now five: Ernest Ewim ‘m’ 29years, Larry Ehizo ‘m’ 30 years, Princewill Obinna ‘m’ 24years, Timothy Joe ‘m’ 21years, and Elijah David ‘m’ 19 years.
The Command reiterated its unwavering commitment to ensure the protection of lives and property and provide FCT residents with quality service delivery.
It declared that all the suspects would be arraigned in court upon conclusion of the ongoing investigations into the matter.