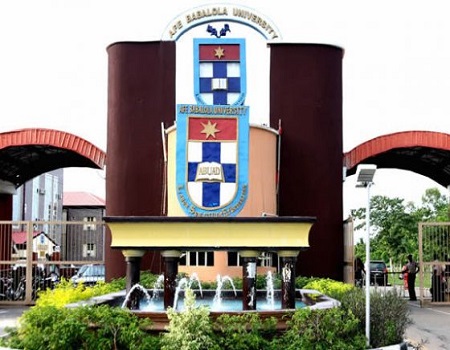 AFE Babalola University, Ado Ekiti (ABUAD), has raised the ante in academic awards in Nigeria by giving a brand new MC3 saloon car to the best graduating student of its pioneer set of medical students.

The car, donated by the chairman of Coscharis Motors, Dr Cosmas Maduda, and estimated at N5.7 million, was handed over to Miss Azum Esther Adaobi on Thursday during the induction of ABUAD’s 43 pioneer medical students by the Medical and Dental Council of Nigeria.

Adaobi also won several other prizes whose aggregate cash value run into over a million naira, including those from three prominent traditional rulers: Ooni of Ife, Oba Adeyeye Ogunwusi; Osemawe of Ondo, Oba Victor Kiladejo (who incidentally is a medical doctor), and the Ewi of Ado Ekiti, Oba Rufus Adeyemo Aladesanmi III.

Ekiti is different from Osun, we won’t allow vote-buying, Omisore is winning — Farounbi

ABUAD splashes over N14m on youths in agribusiness