9,000 US soldiers threaten to leave Korea over funding row 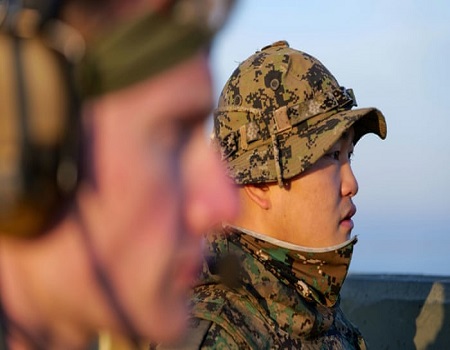 About 9,000 members of the US military stationed in South Korea, on Wednesday urged to leave if a dispute over the sharing of the costs for the 28,500 US soldiers stationed in the country remains unresolved.

According to US Armed Forces, upon expiration of an agreement on funding from 2019, no follow-up deal for the US Forces/Korea (USFK), has been reached and employees were notified of a potential administrative furlough from April.

“Without the Republic of Korea’s continued commitment to share the cost of employing our Korean National workforce, USFK will soon exhaust programmed funds available to pay their salaries and wages,” USFK said.

Meanwhile, the notice was sent 60 days in advance of the potential commencement date for the leave.

However, it could only come into effect if the two sides were unable to negotiate an agreement over the next couple of weeks.

The US has long been demanding that its allies increase their financial support for its military presence.

Washington asked Seoul to raise their share to up to 5 billion dollars annually, more than five times its current share.

The US Ambassador Harry Harris had recently said that Washington had softened its position.

Korea has also rejected Washington’s demand to discuss sharing the cost of transporting US soldiers to and from South Korea.

Instead, the country asked that the framework of the previous agreement, which had been in effect for 28 years, to remain in force.