64 years after, Bauchi recognises Sa’adu Zungur, names varsity after him 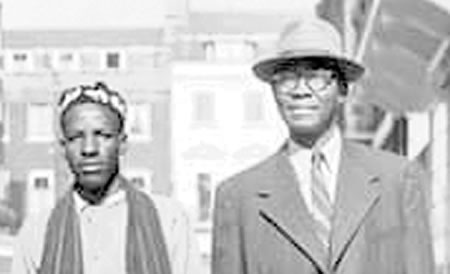 About 64 years after his death, Bauchi State government has now given a befitting recognition to one of its most illustrious sons, Mallam Sa’adu Zungur.

The state governor, Senator Bala Mohammed Abdulkadir, over the weekend, assented a bill recently passed by the state House of Assembly in honour of the man regarded as father of progressive politics in Northern Nigeria, by naming the state- owned university, Bauchi State University, Gadau (BASUG), after him.

Henceforth, the institution will be known and referred to as Sa’adu Zungur University, Gadau.

The governor had earlier extolled the virtues of the late  Zungur, who he described as the founder of modern politics, particularly in Northern Nigeria, stressing that it is what he laid down as a political foundation that all Northern politicians are building on.

During the State Executive Council (SEC

) meeting where the approval for the renaming of the university was taken, the governor apologised for taking government that long to officially recognise the  deceased.

Born in 1910, Sa’adu,, as he is known at home, was not a favourite of the establishment and did not live long to witness the independence he so much struggled for as he died in 1958.

Bauchi State Commissioner  for  Education, Dr Aliyu Usman Tilde, wrote that, “Even after his death, the establishment did not seem to forgive him. Not even a prominent street could be named after him, apart from a primary school”.

USAID-IHP assures of partnership with Bauchi govt on health financing