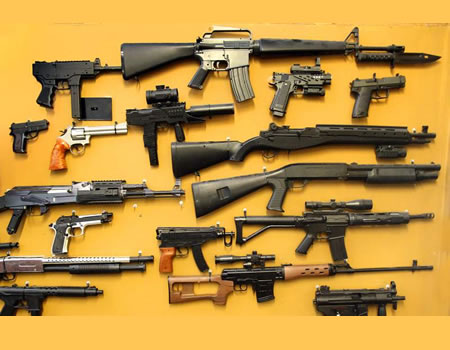 Not fewer than 500 political thugs popularly called ‘Sara-Suka’ have voluntarily renounced thuggery and laid down their dangerous weapons pledging to henceforth turn a new leaf.

The thugs who are mostly youths of between ages 18 – 25 years gathered at the Bauchi Police Command Headquarters where they publicly surrendered the weapons they used to maim, kill and inflict injuries on innocent people.

While speaking at an event, Bauchi State Governor, Bala Mohammed Abdulkadir commended the youths for seeing reasons to renounce thuggery saying that what they did was the best thing to happen in the state.

The Governor who was represented by the Chief of Staff, Government House, Abubakar Kari promised that his administration will soon roll out programs that will empower the youths stressing that the administration is youth-driven.

He further urged the repentant youths not to be tempted to go back to the acts of thuggery and other criminal activities assuring that vocational centres will be established across the state to train them in various skills and trades in order to make them gainfully employed.

Earlier in his speech, the State Police Commissioner, Habu Ahmadu Sani stated that since his deployment to the state, the Command has been able to checkmate criminal activities in the state which has led to the reduction of kidnapping and other crimes.

Habu Sani added that large number of arms and ammunition and other dangerous weapons were recovered between the months of May and July just as the Command also set out a goal that emphasises not only arresting and prosecuting the Sara -Suka thugs and other criminals but also investigates the root cause of the menace so as to take decisive actions that will lead to the total eradication of the problem once and for all.

While announcing that 500 Sara-Suka has renounced thuggery, the Police Commissioner disclosed that among the repented youths, 294 are skilled in various trade and handjobs, 31 are students while 170 are unskilled.

He then called on the State Government and other NGOs to come up and assist the teeming youths in capacity building and employment programs in order to better their lives.

Some of the repentant youths promised not to go back to the criminal activity but appealed to the government to put in place programs that will empower them and make them self reliant.