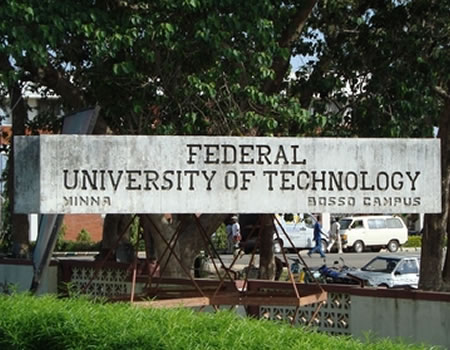 No fewer than 500 students of the Federal University of Technology (FUT) Minna, Niger State have so far won the vice chancellor’s award for students of the university with excellent academic performance in the past four years.

All the awardees were entitled to hostel accommodation and a waiver of registration fees.

Vice-Chancellor of the University, Prof. Abdullah  Bala stated this on Monday in Minna when he declared open a five-day second and third Annual Institutional Performance Review Retreat for mid-term assessment of his five-year tenure as vice-chancellor, with specific reference to his mission statement on his assumption of office in 2017.

In addition to the 500 awardees, the vice-chancellor noted that another 131 staff and students through their hard work and devotion to duty had contributed to the development and the good image of the university since 2017 to date, will receive the VC’s commendation award during the five-day retreat.

Also, as part of the institution’s contribution to its immediate community, the university has established what it described as the University Benevolence  Fund with the purpose of raising funds to assist the brilliant but indigent students and thereby ameliorate the plights of brilliant students whose lofty aspirations were threatened on daily basis by their financial constraints.

“Let it not be said that the future of a promising student is killed while we all could do something little and little together to help,” he declared.

The VC while launching the fund support service unit, said the benevolence fund was geared towards providing financial assistance to the indigent students whose parents were deceased or have lost their means of livelihood while in school. He said that the scheme will also give loans without interest to all categories of students of the university.

While justifying the benevolence fund, the VC opined that all over the world, universities have the triple mandate of teaching, research and community service, stressing that “too often dwell so much on the first two at the expense of third.”