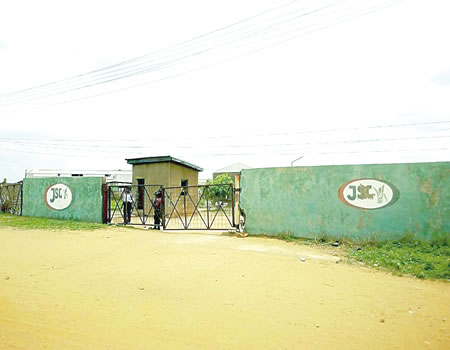 Rural Bacita community is a Nupe land situated in the Edu Local Government Area of Kwara State. It comprises of about 400 communities. The town, which used to be a beehive of socioeconomic activities in the past years, can now best be described more or less a ghost town. The reason being that Bacita Sugar Company, established in the 50s, which used to be the glory of the former promising community, is no longer in operation. Facts available revealed that the town existed because of the sugar factory as it provided socioeconomic and welfare to the population inhabiting the Nupe land.

Bacita was home to indigenes of all tribes in the country, including foreign nationals, as investigation gathered that the company provided employment to over 4,000 direct and indirect workers. Many political office holders who hail from the town were said to have worked in the company for years before assuming relevance and popularity that paved way for their political life. Example is that of former governor of the state and now senator representing Kwara North senatorial district, Alhaji Shabba Lafiagi, among other serving political office holders in the state. The staff quarters built when Alhaji Lafiagi was a managing director of the sugar company are  still there though mostly uninhabited and dilapidated presently.

It was gathered that Bacita Sugar Company has over 30,000 hectares of sugarcane farm with a production capacity of 300 metric tonnes of sugarcane per day. It was also gathered that the company has sugar refining capabilities and is well positioned for backward integration into planting, harvesting, milling and processing as well as refining sugar.

Last week, organised groups in the community, comprising of old and impoverished workers of the sugar company, indigenes of the community including unemployed graduates and students, as well as community leaders, staged a peaceful protest to highlight their plight to government and relevant stakeholders in the country, towards finding lasting solution to the challenges facing the community.

Mohammed Adam is a former chairman, National Union of Food Beverages and Tobacco Employees, Bacita branch. He said there is a pending court case before the Supreme Court between former Nigeria Sugar Company and liquidators since the Kilimanjaro privatisation of the company by the Obasanjo administration in 2006. He therefore, called on the present administration of President Muhammadu Buhari and Chief Justice of Nigeria to intervene and free Bacita from saboteurs and all enemies of progress on its possible take over.

“Failure of the AMCON and receiver to concentrate on the case in court have left over 40,000 youth unemployed and crippled economy of over 400 communities. We call on Mr President to personally visit Bacita to confirm and verify our stand. We appeal to Mr President that lengthy litigation will not solve our problem. Political will is the only way that will bring back Bacita sugar company”, he said.

Edu Local Government Chairman, Alhaji Umar Yusuf, said that, “We are facing a lot of challenges here with respect to the moribund Bacita Sugar Company. We have been talking about how government and foreign firms can come in to revive it. Unfortunately nothing yet has been done about it. We are appealing through you media people  to the federal and state governments as well as foreign firms to come to our aid to rivitalise this company.

A respected source in the community also said that the surrounding of the company was overgrown with weeds and men of the underworld use that as a cover to perpetrate ccrim, adding that the weeds have always been cleared through communal efforts.

Augustine Ezechi is from Delta State. He said that,  “I came to Bacita in 1986. Earlier, I was working with the company. I rose to become a manager. Suddenly, when everything scattered, I went into farming and hewing of  fire woods. That is how I have been surviving.

“The company began to collapse when it was privatised as it  was given to a wrong hand. It was handed down to someone who  came and started having issues with people in the community. She was not happy with us. She went and brought people from another company to manage us. These people didn’t have the expertise to manage it. The company was running aground. She started bringing raw sugar for refining here. In fact, at the sugarcane plantation nothing was happening there and eventually everything got out of hand. She died in the process. Now to refine the raw sugar is impossible. The whereabouts of the children unknown. Before you know it, Federal Government brought in Assets Management Corporation of Nigeria (AMCON). AMCON brought in some people called receivers. These people came and worsened everything. Incidentally, the day the receivers came, security men did not allow them to enter otherwise a lot of things would have been looted from the company.

“The company has no problem. It is the father company to all sugar companies in the whole of West Africa. Even the Savanah Sugar Company at Numan,  Adamawa State, many of us here left to go and bring it up. Some other sugar companies are coming here to poach our workers. We feel that Federal Government has forgotten about us here.

“The solution is for the  Federal Government to come to our rescue. It is either government resells it to somebody who will manage it well or it should take over the company after about two years it can decide to sell it off as nothing is wrong with the company. Everything is intact. All the instruments that can be used to bring it back are there.

“We have three Senators from Kwara State, even the Senate President is from Kwara State and they cannot work for the reactivation of the company. During the election time they will come canvassing for vote and we will vote for them.”

A retired worker of the company, Mohammed Musa, said, ‘This company started in 1956 and it was commissioned that same year during the time of Sardauna of Sokoto.  Then they elicited the cooperation of the community for the smooth running of the company and there was harmonious relationship between the company and the community. Things have gone from bad to worse for the company now.   We, therefore,  urge the Federal Government to revive this company. Federal Government is placing high premium on other sugar companies, excluding  this. This is the best and largest sugar company in the whole of Nigeria.”

‘Instead of planting sugarcane on the plantation, they are now planting rice. That was not the agreement at the start of the company. The community is not happy. If the company is revitalised many youths will get jobs, unemployment or joblessness is one of the factors responsible for the social vices in the country. The company used to have staff strength of over 4000 but now the workers are less than 200. Those who are working there now are suffering.

‘This company was a major employer of labour in the community during its heydays. Now, many of its former workers  have taken to okada riding, fire wood selling and farming. Even the market women are not selling. Our call is for the federal government to take it over again or resell to another company.’

Turaki of Bacita, Isa Kolo, said that, “It was a big mistake for the Federal Government to have liquidated the company. The liquidation of the company in 2006 by the then President Olusegun Obasanjo caused it. Since then, things have not been the same for the company. All Nigerians are domiciled here thanks to the company.