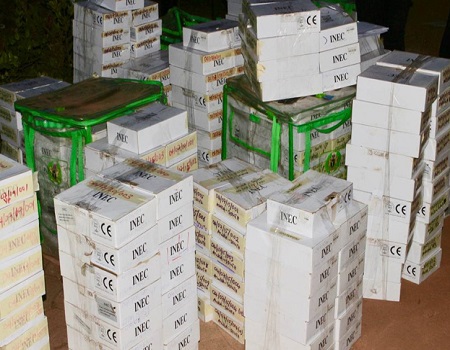 Ahead of the 2023 general election, opposition political parties under the umbrella of the Coalition of United Political Parties (CUPP) on Wednesday urged the National Assembly to ensure the inclusion of electronic transmission of election results in the ongoing harmonisation of differences in the Electoral Act (Amendment)

Speaking at a press conference in Abuja, the spokesperson of the coalition, Ikenga Imo Ugochinyere, stated that the demand became necessary as the nation’s electoral body, Independent National Electoral Commission (INEC), had indicated its readiness to successfully deploy e-transmission for the conduct of the polls.

He alleged that there were plots by most of the lawmakers in the harmonisation committee of the two chambers of the National Assembly to frustrate the inclusion of the clause in the amendment despite the readiness of the INEC  for the electronic transmission of the results.

According to him, “This is an insult on the sensibilities and sensitivities of the Nigerian people. This process of the Electoral Act amendment commenced in 2016 and has not been completed five years after. The APC National Assembly members have agreed to drag this process and get up to their next year’s annual vacation by which time, whereupon a claim that by the ECOWAS treaty electoral laws cannot be amended less than six months to elections, the process will terminate like they did for the 2019 election but this time with the possibility of throwing the country into a constitutional crisis.

“Nigerians want electronic transmission of results. INEC is ready for it and has accepted it has capacity for it and the position is immutable. Nigerians will resist any attempt to rob the Independent National Electoral Commission of its constitutionally guaranteed independence by way of subjecting any of their activities to the political whims and caprices of the Nigerian Communications Commission.

“We warn the National Assembly members that God will condemn them and humanity will condemn them if they doctor the Electoral Act amendment process and remove the electronic transmission of results or if they refuse to complete this process within a reasonable time.”

He revealed that the Nigerian opposition would soon declare a citizen’s national day of action and  called on “Civil Society, workers groups, youth groups, market women, students’ bodies and indeed all Nigerians to begin in line with earlier meetings, mass mobilization for It has become imperative for citizens to democratically express themselves in a civil process and say enough is enough as posterity would inquire of what we all did to save the country when the rampaging tyrant was in power.”

He said that statistics culled from the National Bureau of Statistics and from experts in the area of the economy showed that the country was broke and the Federal Government’s continued borrowing was unsustainable.

The opposition group queried why the government was not seeing the danger in borrowing when more than 98 per cent of the country’s revenue was already being used to service debts.

According to the Coalition, “Nigeria now spends more on debt servicing than on health and education combined. Due to the incompetence of the President, there has been an actual decline in the country’s revenue. In 2020, the total revenue of government was just about N3.4 trillion despite all the increases in the prices and cost of every government service whereas in 2015 total revenue of the government was N5.43 trillion noting that oil prices were higher in 2020 than it was in 2015 yet revenue was declining.”