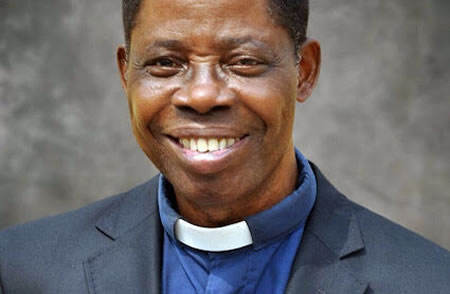 They also kicked against the grazing reserve bill that was smuggled into the National Assembly for deliberation at a recent extraordinary meeting of the Civic Consciousness Global Initiative.

A statement issued by Pastor Bolaji Akinyemi indicated that the meeting was chaired by Reverend Adegbolagun.

Akinyemi said the caution became necessary following the way and manner politicians have been going about their campaigns in recent times.

CCGI according to the statement observed that campaigns are tilting towards violence by the utterances of most political gladiators.

The statement reads, “Politicians should make campaign issue-based rather than character assassination. This example will activate objective attitudes from their teeming followers instead of the confrontations that are our present experience, particularly online”

The body also asked that the National Grazing Reserve Council Bill which was smuggled into the House of Assembly for deliberation be laid to rest in the interest of peace.

“It is manipulative and embarrassing that after the uproar of the public against a programme that first surfaced as a government policy and was later introduced as National Livestock Transformation Plans, which were vehemently rejected by the public has resurfaced again, now as a bill before the National Assembly as Grazing Route Bill. This is a ticking time bomb that will blow up the much-desired peace and unity of the Nation if passed into law,” it stated.

The body, however, cautioned law makers to think deeply and trash it, having been rejected earlier by the masses.

CCGI also warned the church not to vote based on basis of religion, but rather on moral virtues of righteousness, love, justice, equity, fairness, respect, and tolerance of all religious diversities and inclusiveness.

“These virtues should be the parameters of assessing politicians seeking our votes. Vote buying should be an anathema to every loving Nigerian.

“Do not sell your vote under any pressure. The hunger you’re running away from now, will come back stronger and remain with you for another four (4) years, in the least, if your civic right is commercialised.”

The Secretary of CCGI Rev’d Dr. J. B Odofin, a pioneer Board member of Lagos State Inter-Faith Council according to the statement further stressed the need for religious leaders to eschew violent inciting utterances and embrace peace ahead of the 2023 election.