2019: PDP has nothing to offer, Senator Adeola tells Nigerians 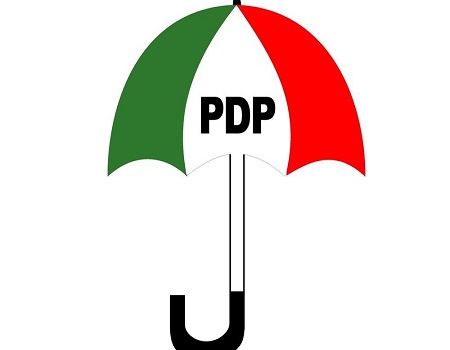 THE senator representing Lagos West Senatorial District, Senator Solomon Adeola, has said that three and a half years of the incumbent President Muhammadu Buhari-led All Progressives Congress (APC) is better than 16 years of Peoples Democratic Party (PDP), urging Nigerians to reject the leading opposition party, come 2019 as it had nothing to offer them.

Adeola, who is popularly addressed as Yayi, said at the flagging off of his re-election bid at the secretariat of Lagos State Council of the Nigeria Union of Journalists (NUJ) under the platform of the union’s programme tagged: “Meet the Press Forum,” noting that the sacrifices many Nigerians were now making was as a result of the damages the PDP had wrought on the country for the many years they were in power at the centre.

“The PDP has nothing to offer. That is why they are criticising the intervention fund being distributed by Vice President Yemi Osinbajo which needs no formality except voter card and no one is being asked about whether he or she is APC or PDP member.

“Ask them (PDP) how they went about the Sure-P Programme that ended up in private pockets. All the monies the Federal Government is recovering is for the good of the nation,” he said.

This was just as Adeola, who is Chairman, Senate Committee on Local Content, said the ongoing political drama in Ogun All Progressives Congress (APC) camp of Governor Ibikunle Amosun and the recent defection of Hon. Adekunle Akinlade and some party members to Allied People’s Movement (APM) had shown clearly the “true owners of the party in the state.”

According to him, the defection of Governor Amosun’s loyalists to APM in the state for 2019 elections to protest the emergence of Dapo Abiodun as APC governorship candidate had shown clearly the true owner of APC in Ogun State.

Reacting to a question, Senator Adeola said he never contested for governorship in Ogun State, but blamed his political enemies for erecting his billboards and pasting his posters all over the state prior to the APC primary elections.

He said what he only did was to engage in consultation with his people, adding that he had to move back to Lagos to seek re-election, having discovered that some forces in Ogun State were against his aspiration.

Speaking further, the senator, who disclosed that he had done several empowerment schemes ranging from scholarships to acquisition schemes for thousands of his constituents, pledged more for the people of his senatorial district if re-elected, even as he also promised to champion media enhancement bill that would raise the welfare of media practitioners in the country.

Senator Adeola, while affirming that social re-engineering and empowerment of residents of the Lagos West would be his priority if he was re-elected, said he had so far sponsored 15 bills out of which two had been assented to by the president, adding that through his advocacy Lagos-Badagry road was awarded by the Federal Government

“I am going to work with the NUJ to get a bill instituted at the Senate to ensure that media owners don’t take journalists for a ride.

“All the media need to do is to engage me and let us see how we are going to get that done. Truly Lagos West houses majority of the headquarters of media in Nigeria. I can tell you that getting a bill to improve the welfare of the media practitioners is possible and I shall do that,” Senator Adeola said.