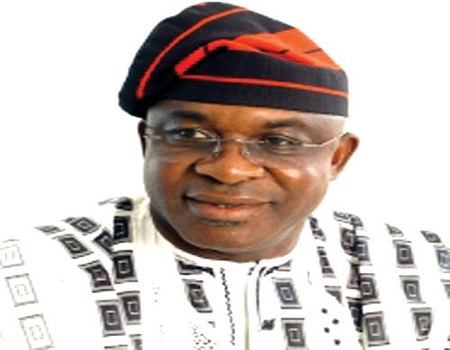 The former two-time Senate President, held the meeting at his Uturkpo country home, Benue state, where he harped on peaceful conducts throughout the 2019 election process.

A statement by Senator Mark’s Special Assistant on Media, Paul Mumeh indicated that the Senator at the meeting urged political office seekers and holders to imbibe the spirit of sportsmanship as the 2019 elections draw close.

The statement made available on Thursday in Abuja quoted Senator Mark as saying that the note of caution ahead of the elections has become imperative as the campaigns for the 2019 general elections gather momentum.

The Senator also said that office seekers must eschew bitterness and engage in campaigns that are devoid of rancour and acrimony.

“Let the campaigns be an issue based according to the rules. There is no need for acrimony, mudslinging or bitterness. Let the will of the people prevail,” the Senator said.

The statement quoted Mark as telling Benue State Gubernatorial candidates for the 2019 election and their running mates during a non-partisan parley he convened in his Otukpo, Benue State country home that politicians must avoid any action or utterance that could heat up the polity and cause disaffection.

He also cautioned the gubernatorial contenders and their followers against resort to violence during and after the elections as that would only aggravate the situation.

Senator Mark prayed for violent free and credible elections just as he reminded his kinsmen that “We are one. Elections will come and go but the people remain.”

He reiterated his resolve to play the role of a statesman in the contemporary politics of Nigeria, adding that “election comes every four years. If you don’t win today, you can win tomorrow. So there is no need for desperation or resort to self-help.”

The statement also quoted the Governor of Benue State and candidate of the Peoples Democratic Party ( PDP), Dr Samuel Ortom who spoke through his Deputy, Chief Benson Abuonu as saying that the state government ascribed totally to the non- violent, free and fair polls without rancour or bitterness.

He praised Senator Mark for the peace move pointing out that the convocation of the non-partisan parley all for peace to reign during and after the elections showed that the convener is a true leader of the people.

The statement also quoted the candidate of the All Progressive Congress (APC) Mr Emmanuel Jime as having prayed for the peaceful conduct of the forthcoming elections. He thanked the convener of the parley for the bold steps taken towards ensuring a free and fair election in the state.

The candidate of Labour Party, Dr Paul Angya was also quoted as saying that the glaring underdevelopment in the state over the years necessitated his ambition for the plum position in order to make positive changes in the state.

The statement also quoted them as demanding a level playing field, which they said would guarantee free, fair and credible elections.