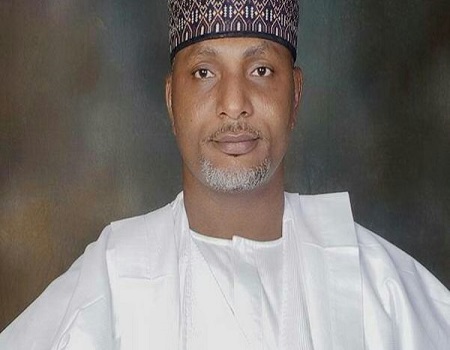 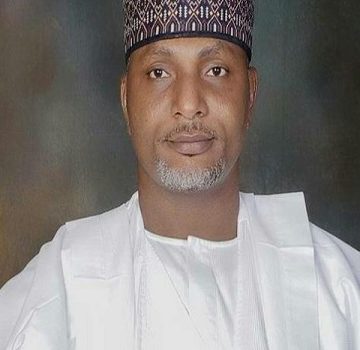 SUPPORTERS of the All Progressives Congress (APC), in Kaiama and Baruten Local Government Areas of Kwara North senatorial district, have endorsed the candidacy of Mallam Saliu Mustapha as the governorship flag-bearer of the party in the state.

Mustapha, a former Deputy National Chairman of the defunct Congress for Progressive Change (CPC), received the endorsement during the tour of the two local government areas in continuation of his consultation ahead of the governorship primary of the APC.

A leader of the APC in Kaiama Local Government Area, Alhaji Umar Mahmud Aboki, who led the governorship aspirant to the Palace of Emir of Kaiama, Alhaji Muazu Omar, described Mustapha as a formidable candidate that could give PDP a good run for its money.

Aboki noted that the governorship aspirant had held top political positions in the past, which, he said, qualified him to preside over the affairs of the state, recalling that Mustapha came with President Muhammadu Buhari in 2011 to campaign to the people of Kaiama under the CPC platform.

He added that the APC would strategically position itself for victory and take over the state in the forthcoming general elections if it fields Mustapha as its candidate.

Speaking during his homage to the Emir of Kaiama, the APC governorship aspirant acknowledged that it was the turn of the Kwara North conventionally to produce the next governor of the state but the political exigencies of the moment made it imperative for Kwara Central to come in.

Mustapha said that the APC was desirous to take over the mantle of leadership in the state from the PDP and would require it to present a candidate from the Kwara Central to challenge the ruling party in the state.

The gubernatorial hopeful expressed displeasure over what he called “dilapidated infrastructure” in the local government area and assured that the problems would be tackled if given the mandate.

He, however, reiterated that his coming into the governorship race was not a do or die affair, declaring that the disrepair state of infrastructure encouraged him to throw his hat in the ring in order to fix the state.

“But unfortunately in our party, because of political exigencies and our own political calculation, we want to enthrone APC in the state and in doing so, we believe the opportunity before us now will require for us to bring somebody from the Central to challenge the PDP, not because we don’t share, respect or we think it is just Central.

“Somebody from Kwara North is also qualified, and we are not discriminating against anybody from Kwara North. We believe we are all Kwarans. We believe everybody is eminently qualified. But because of the kind of leadership that the PDP has enthroned, we in APC are looking at another option that in the event that the PDP brings somebody from the Central, then the APC should also bring somebody from the Central in order to checkmate their votes.

“But anything outside that, we are not here to campaign or to insist that it must be somebody from the Central. We are here to seek that understanding first so that you don’t look at us as people who are inconsiderate. Because we believe all of us are Kwarans.

“We share in your pains and in everything that affects this constituency (Kaiama). That if given the opportunity, ours is to come and serve the people. Our aspiration is because we want to serve and add value to the system. We want to bring an inclusive governance. We want to bring a system whereby we will always fall back to you for advice and consultation so that we would pick our problems with precise answers and solutions to solve them.

“Like I said, we have not come here for a campaign. We have only come here to intimate you of our intention. In doing so, we want to let you know that for us in this movement, it is not a do or die affair. We have submitted our aspirations to the Almighty Allah”, Mustapha said.

Responding, the Emir of Kaiama, Alhaji Muazu Omar, said the town was suffering from infrastructural decay and prayed Almighty God to enthrone the candidate who will be sympathetic to the plight of the people of the area.