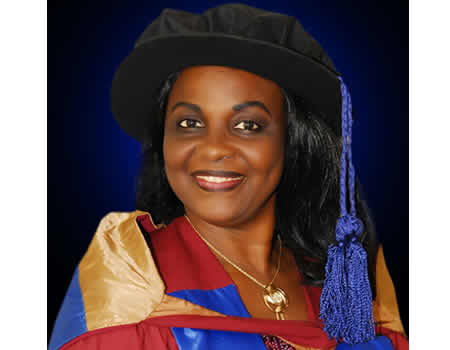 As 2019 general elections draws close, a professor of Language and Communication Arts at the Rivers state University of Education, Olufumilayo Adesanya-Davies, has announced his intention to contest the presidential election.

Speaking with journalists in Ilorin on Tuesday, Professor Adesanya-Davies, who hailed from Ira town, Kwara state, said that she had consulted widely before making her intention public.

The aspirant, who said that the decision of the Federal Government to make the forms free for women aspirants also boosted her interest in the race.

She used the occasion to counselled Nigerians to be patient with President Muhammadu Buhari, adding that the solution to current challenges in the country was in the hands of women.

“I am aspiring to be the next president of Nigeria. I am out to put laughter of joy on the mouth of all. I have discussed this with the former presidential candidate, Sarah Jubril, who incidentally is from Kwara state. Her reaction was that ‘if a miracle like this will ever happen, we have paid the price in Kwara state and it is going to happen in the state.

“She said that Nigeria has opened the ground for Nigerian women, adding that my ticket is that of Nigeria, as the presidential form is free for women.

“Historically, we will recall in 2015 another woman presidential candidate came. She floated a party called the KOWA party. Her name is Prof Remi Sonaya, she was my lecturer at the Obafemi Awolowo Univerity (OAU).

“2015 was when I first thought about being a presidential aspirant. This is for the main reason that I was born October 15th and I got married at October 15th. That time i said with President Goodluck Jonathan in the Peoples Democratic Party (PDP) i was going to be his running mate. I was sending text messages to him. I told him to let Vice President Nnamadi Sambo step down for him to be successful but he did not listen to me.

“But delay is not denial, that is why I am staging a comeback. I have done some consultations. The first person to put a call through was Patience Jonathan. I told her that I am picking the presidential form this time around and she endorsed my decision.

“Our first thanks will go to the nation – Nigeria that says the ladies could pick our forms politically at every levels. Nigeria is confident that the current challenges in the country can only be tackled by the women.

“However, we are still keeping the party under which place we will aspire under close wraps. Later on will be announcing that through the press. We don’t have a platfom yet. We are just saying that officially, this is a presidential aspirant for 2019 and later we will take it to the next level.

“As time goes on and we are taking counsel from the youths, the family, mothers and the children we will declare on which platform the next first female president will be coming from.”

On Buhari, Prof Adesanya-Davies said: “The test of maturity is taking responsibility for your irresponsibility. You take a decision and you gonna allow it to sail through. A four old preganancy cannot be delivered. You have to be patient and quietly allow for delivery for nine months. We were the one that did the voting, we accepted the change and now the change is here.

“I will advise Nigerians to calm down for President Muhammadu Buhari. Also the man too is not sleepin. He is not resting. Age too is not on his side. We did all the mathematics and we saw it and opted for it. So that he had to travel for 100 days to take care of his health is not his fault. It is age and we said we believe in him.

“Major problem with the ruling All Progressives Congress (APC) is that it does not want to do the literature review. We in the academics always build from where we are coming from for finished and unfinished projects.

“Buhari’s governance had to take positive reminiscences to Goodluck Jonathan. An old man cannot combine minister for petroleum ministry with the presidency and it will work. We need them to work hard and get the technocrats to do their jobs again.”