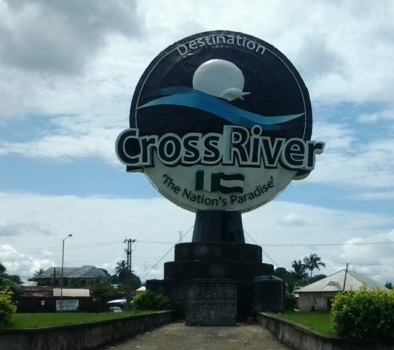 One hundred and fifty lecturers of the Cross River State College of Education and the College of Health Technology, Calabar on Wednesday in Calabar staged a peaceful protest calling for their immediate reinstatement and payment of their unpaid salaries.

News Agency of Nigeria (NAN) reports that the sacked lecturers staged their protest at the state House of Assembly complex, carrying different placards, demanding their reinstatement by the state government and the payment of their September and October salaries.

The placards carried inscriptions such as reinstate our names into payroll; we were sacked unjustly; pay us our September and October salaries among others.

Speaking on behalf of the lecturers, Mr Emmanuel Nyador, the National Assistant Secretary, Senior Staff Association of Nigerian Polytechnics, said they were no longer comfortable with the decision of the state government.

He said that 150 lecturers from the College of Education and College of Health Technology had been denied salaries for two months, adding that their names had been removed from the state payroll.

He said that the unions were not against the state governments’ audit to delete ghost workers from the state payroll, but insisted that the 150 lecturers had been sacked unjustly.

“We are here to make two appeals; that the House of Assembly should help our members who have been working effortlessly to get their salaries.

“We also appeal that our names be reinstated into the state payroll; lecturers are essential requirements for the growth of any institution.

“Also, the purported plan to reverse the salary of College of Health Technology to the civil service structure should be discouraged.

“Outside Universities, College of Health Technology is the only institution in the state that trains Higher National and Post Graduate Diplomas and mobilise them for National Youth Service Corps programme,” he said.

Responding, Speaker of the Assembly, Mr Eteng Jonah-Williams, said that the Assembly would set up a committee to dialogue with the leadership of the unions and transmit the resolution to the governor within one week.

“We cannot continue like this; we must act fast, fight with you and get the result. If you are doing an audit, and after two months, people should be paid their salaries.

“Most of us were trained by you, we cannot sit and watch you go down. Our governor said he will not allow any Crossriverian to go to bed with an empty stomach, we must remind him of that.

“The governor is very passionate and we will take the message to him,” he assured the lecturers.

News Agency of Nigeria (NAN) reports that on Tuesday, Nov. 6, over 500 Science Teachers also staged a peaceful protest to the governor’s office to demand reinstatement into service and payment of their salaries.

League of Imams decries attacks on Muslims, mosques by traditionalists