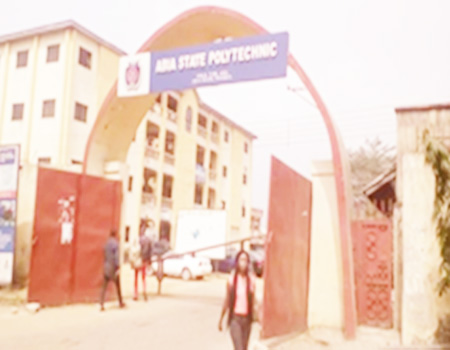 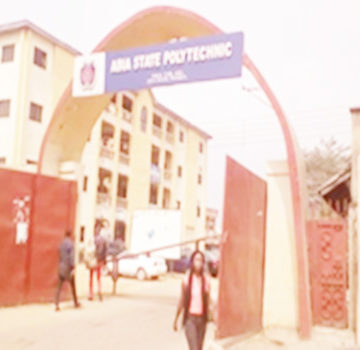 THE Abia State Government has refuted a section of media reports alleging that it sacked more than 500 workers of Abia State Polytechnic (Abiapoly) last Friday.

In a statement issued on Saturday by the State Commissioner for Information, John Okiyi Kalu, the State Government said that although “it is aware of ongoing efforts by the management of Abiapoly to sanitise the institution and reposition it for greater operational efficiency, the institution operates as an independent parastatal.”

The statement reads in parts:
“We are aware that the management of the institution has been investigating sundry issues bothering on presentation of forged or fake certificates, falsification of age, overstaffing of some units, presentation of first leaving certificates that indicate that the holder already had the certificate at age 3-9, which is naturally impossible, as well as the employment of unqualified teaching and non-teaching staff.

“Abia state government supports any fair, legal and equitable measure taken by the management of the institution to sanitise the institution and re-position it to be able to deliver better quality graduates, pay workers as at when due and wean itself of operational dependence on government financial support for survival.

“When the current government came on board, we liquidated a N2bn loan taken by the institution at commercial rates after the Board and Management of the institution promised that relieving it of the loan burden and its associated high-interest rate will ensure the school run smoothly with internally generated revenue from students school fees and other sources.

“Even after removing the burden of the debilitating loan from the institution, the government continued to support the payment of workers wages with monthly subventions of N90m in addition to school fees collected by the institution.

“It is important to note that as a parastatal established under law, Abiapoly does not remit any portion of its internally generated revenue to the state government and the government is not responsible for the payment of the workers of the institution, but instead pays subventions to the school to cushion revenue inflow shortfalls.

“The government expects that with sanitisation and restructuring of the institution it will cease to be the drainpipe and cesspool of corruption that has stunted its growth into a first-class institution worthy of the number one education state in Nigeria.

“Abia State Government also expect that where the ongoing reviews throw up issues bothering on crimes, the management of the institution will not hesitate to hand over suspects to law enforcement agencies for prosecution.

“It is instructive to note that following the sanitisation of Abia State University Uturu, by the current management, the institution is up to date with workers salary even when subventions from the state is delayed.

“Abia State Government is aware of attempts by unscrupulous politicians and their satellites masquerading as labour leaders to politicise the management review to score cheap political points. As a responsible government, we will resist such attempts in the interest of the people of Abia State and also ensure that no innocent person is unjustly affected by the ongoing internal review.

“Our expectation is that the reviews and measures being contemplated by the management of Abiapoly will ultimately lead to regular payment of workers wages and excellence in academic activities.”