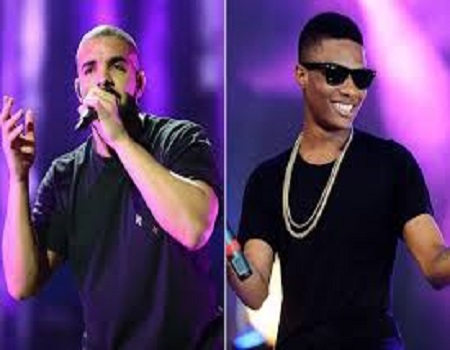 This was in the completion of his five province tour of Canada in the early hours of Tuesday.

At the O2 Arena, Drake brought Wizkid out to add more adrenalin to the ocean of crowd already getting serenaded by the `Soco’ crooner.

As the 28-year-old Surulere-born singer was about to begin the performance for his hit song `Come Closer’, Drake joined him on stage for an epic, energy-filled display.

As the performance for `Come Closer’ drew to a close, a visibly thrilled Drake said, “I need one more song’’, indicating his intention to perform another song with Wizkid.

The DJ duly obliged and the song `Soco’ began to blare from the speakers. Upon completing that performance, Wizkid briefly left the stage.

Wizkid and Drake collaborated on two songs – ‘One Dance’ and ‘Come Closer (Remix)’ which topped the charts in 2016 and 2017.

In a recent interview in Toronto, Canada, the Star Boy Records boss hinted that he would collaborate with Drake to do another song soon.

While we wait patiently for the new song, the tour of Canada was a huge success.

This has proven to the world that Nigerians are no backbenchers in the global entertainment industry.