Why we picketed SON — AUCPTRE

Your action is illegal —SSASCGOC 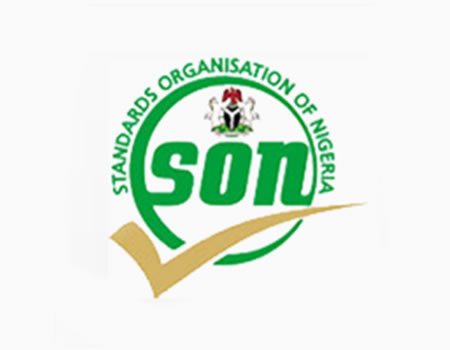 The Amalgamated Union of Public Corporation, Civil Service Technical and Recreational Services Employees (AUPCTRE) said it picketed the Standard Organisation of Nigeria (SON), over the non-implementation of the organisation’s conditions of service, and other anti-labour activities.

Hundreds of AUPCTRE members, including the staff picketed the corporate headquarters of SON in Abuja last week; claiming that they resorted to picketing the organisation after all other persuasive measures to engage the management had failed.

But in a swift reaction, the Senior Staff Association of Statutory Corporations and Government Owned Companies (SSASGOC), described the action (picketing) as illegal; also claiming that AUPCTRE had no right to picket the organisation on the issue in question and when the SON management had just met with both unions less than a week to their action.

“Having exhausted all persuasive measures in engaging the Standard Organisation of Nigeria (SON) management in a bid to resolve areas of dispute and maintain industrial harmony in the organisation through dialogue, Amalgamated Union of Public Corporations, Civil Service Technical and Recreational Services Employees (AUPCTRE) is constrained to picket the SON Corporate Headquarters, Abuja and the Operational Office, Lekki starting Tuesday, May 14, 2019 as indicated in the attached notice.” The Secretary FCT Council, AUPCTRE Comrade Sikiru Waheed, said.

Comrade Waheed said the management of SON had disrespected the directive of the Federal Ministry of Labour and Employment on voluntarism, a provision in the Labour Act that allows for a worker to voluntarily belong to a union of his choice.

On their demands, he called for immediate approval and implementation of SON Conditions of service; and immediate withdrawal of all circulars and memos issued by SON management to coerce AUPCTRE members to forcibly renounce their membership of AUPCTRE to join a management preferred union.

However, the Secretary General, SSASCGOC, Comrade Ayo Olorunfemi, said that AUPCTRE erred in its action, saying that its resolve to picket SON was illegal.

In the first place, he said the SON management met both AUCPTRE and SSASCGOC less than a week before the picketing where all the issues raised on staff condition of service were addressed and agreement reached on all issues

He expressed surprise at the action of AUCPTRE, saying, “the issues of condition of service in workplace takes a tripartite form, in this case we consider it important that the condition of service of the staff of SON be reviewed and we made our own inputs, as SSASCGOC in ensuring that the welfare of staff members of SON is adequately taken care of.

“That has to be put together in a document called the condition of service. We had a meeting on Tuesday with the management of SON, where we discuss vital issues and considered some variables that are supposed to go into the condition of service and we agreed that industrial relations has become knowledge-driven and therefore the need to expand the scope of the committee that is currently handling it to accommodate the representatives of the national headquarters of the two unions became very important.

“We agreed that we would be expecting that a letter will come from management very soon for us to sit down in a committee to develop a condition of service that is robust to take care of welfare needs of our members, not temporary needs, including their retirement.

“We want a kind of package that will take care of their retirement, and that can only be done when there is proper documentation of the condition of service, following due process to the last stage. So, we don’t see any reason why there should be any picketing.”

He pointed out that the era of banging tables, fighting what you can fight in court on the street was over and advised AUCPTRE to go to court if there is any issue that required it.

On the issue of voluntarism raised by AUCPTRE and forcing member of staff to belong to a union, Comrade Olorunfemi said: “SON cannot force anybody to join a particular union. The law of Nigeria is very clear. The Ministry of Labour issued a letter based on the provision of Trade Union Act and stated clearly that AUCPTRE is a junior staff union, and it is not expected to unionize senior staff and that SSASCGOC can only unionized senior staff and not expected to unionise junior staff. So, what do you expect? The two unions must abide by these principles as created by law and not by Ministry of Labour, not by SON but stated in the Trade Union Act.

A letter signed by the Director, Human Resources Management, Usman Abdulkadir, for the Director-General, also showed that the Organisation had sought clarification from the Minister of Labour and Employment, on the jurisdictional limit of SSASGOC and AUPCTRE, under the provision of the Trade Union Act.

The management therefore denied the various allegations against it by AUCPTRE, saying that the Minister of Labour and Employment, while clarifying the issue explained the jurisdiction of AUCPTRE as a union of junior staff while all senior staff belong to SSASCGOC.