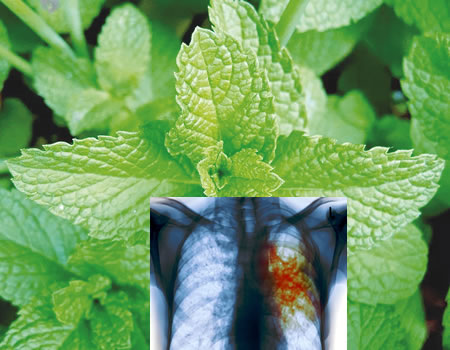 One discovery being backed by science is that bitter leaf and scent leaf combined with normal routine diabetes medications drastically reduce sugar levels in people with diabetes.

In a new study, researchers found that the combination of these extracts with normal routine medications had better sugar level control when compared with only routine medication usage. Aside this, the use of two herbs also seemed to mitigate some symptoms of diabetes.

The study indicated that patients on both bitter leaf and scent leaf extracts had better blood sugar control when compared with those that had only one extract administered or those that served as controls and didn’t receive the extracts.

For the study, a total of 38 diabetic patients were enrolled within the Rumuepirikom community in Obio Akpor Local Government Area of Rivers State for the study done over a four-week duration

Disease duration in each patient was roughly estimated from the time the disease was clinically diagnosed by medical personnel and all the patients had some basic investigations carried out before the commencement of the study.

Each patient was assigned to one of six groups based on age of onset of the disease, disease duration in the individual and the severity of the disease in the patient.

Certificate of Return: Okorocha is on his own ― APC

Their daily fasting blood sugar levels were monitored and extracts of both leaves daily obtained naturally by water extraction were administered to them accordingly.

The 2018 study, published in the International Journal of Chemistry and Chemical Processes, involved Udeh Winifred and Mene Alexander at the University of Port Harcourt.

The study showed that patients on both Bitter leaf and scent leaf extracts combined had better  blood sugar control when compared with those that had only one extract administered solely or those that served as control and didn’t receive the extracts at all.

Bitter leaf is one of the most widely consumed leaf vegetables. The leaves, with a sweet and bitter taste, are sold fresh or dried, and are a typical ingredient in melon soup.

Bitter leaf is well known as a medicinal plant with several uses attributed to it, including treatment for diabetes, fever reduction, and recently a non-pharmaceutical solution to persistent fever, headache and joint pain associated with AIDS. Its roots have been used for relief from gingivitis and toothache due to its proven antimicrobial activity.

Scent leaf, locally called daidoya in Hausa, Efinrin in Yoruba and  Ntonng in Ibibio has a range of culinary and medicinal applications including the treatment of stomach ache, diarrhoea, chronic dysentery and vomiting. Its squeezed leaves are applied on the skin for treating skin diseases and ringworm.

Diabetes is a widespread disorder affecting the blood sugar and insulin levels in the body. Managing the long-term consequences and complications of diabetes is as much of a challenge as the disease itself.

There are two main types of diabetes. Type 1 diabetes is where the pancreas produces no insulin. Type 2 diabetes is more common. With type 2, the body either does not produce enough insulin or produces insulin that the body does not use properly.

There are many treatment options for people with type 2 diabetes. Growing research, however, suggests that some herbs and supplements could be combined with more traditional methods to find relief from many type 2 diabetes symptoms.

In fact, because certain herbs, vitamins and supplements may interact with diabetes medications (including insulin) and increase their hypoglycemic effects, it is often argued that use of natural therapies could reduce blood sugars to dangerously low levels and raise the risk of other diabetes complications.

Moreover, plant-based therapies that have been shown in some studies to have anti-diabetic properties include aloe vera, bitter melon, ginger and okra.

Preliminary research suggests that intake of aloe vera juice can help improve blood glucose levels and may therefore be useful in treating people with diabetes.

Researchers from the University of Sydney, Australia, found that extracts from Buderim Ginger (Australian grown ginger) rich in gingerols – the major active component of ginger rhizome – can increase uptake of glucose into muscle cells without using insulin, and may therefore assist in the management of high blood sugar levels.

How to kill mosquitoes naturally