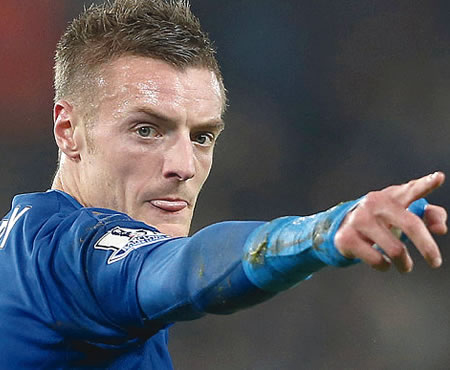 Jamie Vardy’s  future has been subject to much speculation after Arsenal met his £20 million release clause.

Vardy refused to make a decision on a move to the Emirates Stadium before Euro 2016, preferring to settle matters after the tournament to allow him to focus on his commitments with England.

And now Wenger has dampened any speculation by admitting that, to his knowledge, Vardy will remain a Leicester City player after opting against a summer exit.

“Jamie Vardy is, at the moment at Leicester,” the Arsenal boss told Tencent Sports.