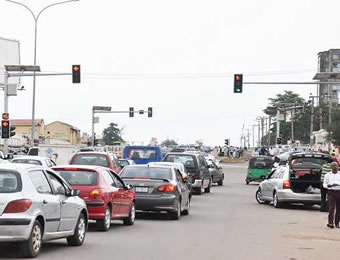 THE Ogun Traffic Compliance and Enforcement Corps (TRACE),  says it has deployed 150 operatives to monitor and control traffic during the week-long Redeemed Christian Church of God (RCCG) annual Congress.
Mr Babatunde Akinbiyi, the Public Relations Officer of TRACE,  disclosed this in a statement made available to News Agency of Nigeria (NAN) on Monday.
Thousands of worshippers from within and outside the nation’s shores flock to the Redemption Camp along Lagos-Ibadan Expressway for the yearly end-of-year Congress of the RCCG.
This year’s edition, which began on Monday, will run till Saturday.
Akinbiyi said that the full strength of its Akute, Sagamu, Mowe-Ibafo, Ijebu-Ode, Ogere, Ikenne and Ogbere  Divisional Commands would man strategic beats and choke points along specific locations in the state.
Akinbiyi listed the locations to include the Lagos-Ibadan Expressway, Sagamu-Ijebu-Ode Expressway and the Ijebu-Ode-Ore/Benin Expressway.
ALSO READ: Accident: Court gives N200,000 bail to tanker driver
According to him, the Corps envisaged a high volume of human and vehicular traffic, and possible breakdown of some vehicles along these routes.
”The Corps is prepared to meet the challenge the Congress may likely pose towards effective traffic control,” he said.
While wishing worshippers a rewarding and fruitful congress, he enjoined all motorists plying the axis to be safety conscious and avoid violating the traffic law.
“Given consideration to other road users and ensure strict compliance with traffic rules and regulations, for the safety of lives and property,” he said.
TRACETraffic RCCG
Share