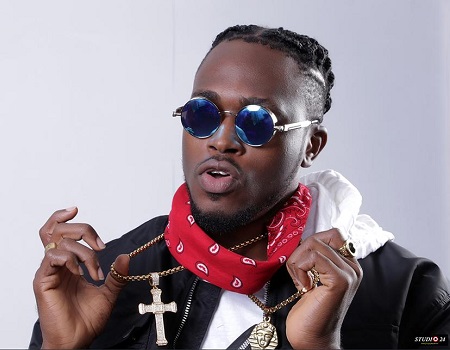 TK-Swag who is an advocate of Abuja entertainment industry challenged Abuja to showcase its homegrown artiste.

With the release of his hit track “Fairly Used Boyfriend” TK-Swag has received major responses from all over Nigeria and on the internet, his song has also been a source of inspiration to many artists.

Speaking to newsmen in Abuja yesterday, the vibrant Nigerian born songwriter and performing artist said: “Lagos is full, but Abuja can take the overflow.”

He said Abuja entertainment is ripe to match with the Lagos music scene.

TK-Swag who produces his music along the genres of hip hop, RnB, dance hall and AfroBeat called on artist to brand themselves, saying “your brand needs to have a selling factor that is personal to you as an artist, be it your style, your market, your subject, you don’t have to be in Lagos to brand yourself.”

“My music is often inspired with a fusion of genres, a seamless blend of local and international sounds to create a unique form of music that can be enjoyed by all,” TK-Swag said.

The song was launched with a social media campaign that requested users to show interest in his #fairlyusedboyfriend merchandise, which has caused a frenzy on Instagram with overwhelming results.

“With this song, I guess everybody needed a Fairly Used Boyfriend T-shirt,” he said.

When asked about the major challenges he faced as an artist, he said “for me finances would be one, secondly meeting the right network of people who are passionate about your craft but the greatest would be that fans no longer think or make decisions for themselves on the choice of music to enjoy, the trends can ruin music in these parts,” he said.

TK-Swag stressed that music is constantly evolving and it is only right for music artists to evolve with it without losing originality” he said.

“I reflect my originality in my music,” he said.

He also noted that he is working on releasing an EP in the first quarter of 2020.

“The creme de la creme EP promises to show TK-Swag’s prolificness and versatility as an artist based on the various genres the track will portray,” he said.

Born in Kano state Nigeria, the Jos town grown artiste has been know to be unpredictable with his hits as his music contains seamless fusions of Hip-Hop, RNB, dancehall and Afrobeat making him a true world music artiste.

Listening to his lyrics presents elements of local Nigerian languages, he fused with English. He attempts to ensure that the rhythms are cool enough to ensure that music lovers don’t lose the meaning and idea of his songs.

TK-Swag is a prolific and sought-after songwriter who has written many songs for numerous African and foreign artistes.

TK-Swag has an awesome uniqueness to his sound and isn’t restricted to any genre of music, he is an eccentric performer and makes music with ease, he is one to look out for.

He is the first artiste to be on the Dbanj’s ‘Cream’ platform and has had performances in various countries, the most recent being the One Music One Sound Fest in Dubai headlined with the likes of Praiz, Genuwine, Kranium, Dbanj, and many other foreign artists.