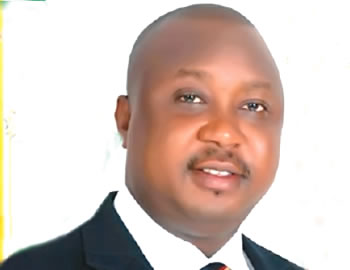 The immediate past member representing Irepo/Olorunsogo/Oorelope Federal Constituency in the House of Representatives, Honourable Afees Adelowo Jimoh, speaks with MOSES ALAO on the crisis in the Peoples Democratic Party (PDP), efforts to review the 1999 constitution and other issues.

YOUR party lost in the last election, with the All Progressives Congress (APC) taking over power. Since then, many narratives have been in the public domain about how badly your party performed. How will you respond to this?

This issue of PDP performing badly is quite funny; people are tired of listening to this kind of baseless excuses. In a country where democracy is practised, it is expected that another party will win an election at some point, which was what happened in the last election. Despite the fact that we are not happy that our party lost, we had the belief that the person taking over from us must have been well-prepared, as he has contested for three times and lost. We felt that should have allowed him to be prepared but I wonder why even after he had ample time to prepare, he is still talking about what the PDP had done wrong in the past.

But there is a general impression that PDP ruined Nigeria…

That view is relative. If you are talking about what the PDP did wrong in 16 years, what about the good things it did? Or are you saying PDP did not do anything good in 16 years? It could be so disheartening when they are dropping this kind of fallacies and people like former President Olusegun Obasanjo, whom they said would be their navigator in APC, would sit among them. That is like saying that what he did for eight of the 16 years was rubbish. Out of the governors we have had in this country, we know how many of them were once in the PDP and how they are in APC today; does that mean they didn’t do anything? Former Governor Rotimi Amaechi, Chief Audu Ogbe and so on were all in the PDP before and they are now ministers, does it make sense to say they did so much evil and were getting rewarded by APC now? I don’t know what they mean when they say the PDP has done damage to the country. I know the party did not inherit a healthy economy when it took over from the military and we operated based on our best ability and left something far better. If our ability of 16 years is not appreciated and our effort was not good enough, President Muhammadu Buhari consciously promised Nigerians to bring change and they listened. Now, the APC is coming to say the change is not possible? Or why do they keep referring to the past? They said PDP was bad, that PDP didn’t do well and they promised change, so there is nothing we are expecting but change. So, if PDP spent 16 years to do what it did and it is being adjudged not to have done well and the APC is starting on the note of reversing its promises, that is not a good omen for Nigeria.

You talked about the PDP not inheriting a good economy but leaving one that was better, what is your take on the state of economy one year after?

You can see how the APC government has been lamenting and tying everything to the decline in oil price. Is it just about oil? Nigeria is not just about oil. There are policies that can help the country to improve its IGR but this government has not been able to explore those opportunities. To worsen matters for Nigerians, they introduce policies, which are stifling the economy and people’s abilities to flourish. It is known that you cannot change everything at once and that to change people requires some time; that is what PDP was known for in terms of policies. Maybe that was why former President Goodluck Jonathan was tagged weak and clueless, because he would call those who mattered and they would discuss policies and arrive at a conclusion that would favour people. Take for example the Treasury Single Account issue. Jonathan introduced it but not all at once, in order to ensure that the policy does not kill the economy. But the APC government came up and in a bid to impress people as being tough, it introduced TSA across and today, you can see the result. Banks are sacking people in droves. Imagine those being put into the unemployment world. There has to be human face to policies.

You can also see the inconsistency of this government on foreign exchange. Do you know how badly the management of foreign exchange regulation has affected businesses? Today, how many people can import goods? I do not want to criticise too much, but the APC government needs to rise up and fast too to address the state of the economy.

But people give Buhari kudos for fighting corruption…

The corruption issue that people refer to is not peculiar to the Jonathan administration. I think corruption is a Nigerian issue and the only thing that can solve the problem is for us to tackle it from the root and not all this window-dressing and media trial of opposition figures. I know there is so much pressure on those in authority. If there is no pressure, I don’t know why a civil servant or a politician that only needs to take care of his immediate family will steal billions. But because he is a director somewhere, his town will mount pressure, religious associations will mount pressure; his friends will mount pressure and so on, so he has to look for a means of augmenting his take home pay if he doesn’t want to be seen as a bad person.

I think it is wrong to say that the constitution that has guided our democracy for 16 years should just be discarded. What we should do is to consider it, see the areas where it is defective and work on those areas. Or are we saying that the constitution was done without any relevance to the constitutions of other countries and without relevance to what obtains around the country? The truth is that there will always be a need to review the constitution; only that it should represent what people actually want. My take is that this review should be thorough; it should not be a routine. We should consciously work on things to actually review; all the areas that are making justice difficult, making corruption easy and preventing some sections of the country from enjoying what others enjoy and areas that make religious problems rampant.

Your party is in comatose; it is expected to die off any moment from now. Do you have an epitaph ready for the PDP?

That is funny. Where did you get that impression?

There has been serious crisis…

Crisis is part of politics; we have been managing the crisis and I can tell you that the PDP will not die. Before 2019, PDP must have got its bearing. We should not expect less from what is happening now, with the party parading the kind of people it has; people who have been in power for so long but are now in opposition. Obviously, there will be power tussle but people have been speaking senses to one another and it is sinking. So, there is hope for the PDP.

The dead and the living