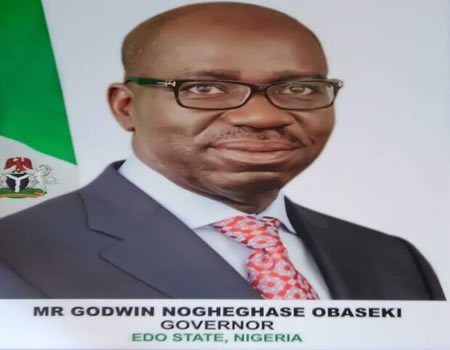 THE anti-grazing bill in Edo State is an attempt by Edo PDP to cause mayhem and anarchy which will enable them to blame Governor Godwin Obaseki. The question an average Edo man asks today is who are Edo cattle owners? Prominent members of Edo PDP are cattle owners that the anti-grazing bill sponsored by Edo PDP does not address. I want the Edo State House of Assembly to reject the bill because Edo PDP wants to use the bill to cause chaos and anarchy just like what is happening in Benue State. Another name for this bill is Chaos Grazing Bill.

The people of Edo State want to know the damage that the cows owned by prominent members of Edo PDP have done to our farms. We are interested on how prominent members of Edo PDP recruit Fulani men that take care of their cows. Edo PDP should tell the people of Edo State of how many of them have employed Fulanis to take care of their cows.

Crisis looms in Enugu over killing of cows

Being wicked and not knowing