The slide in filmmaking on the Plateau 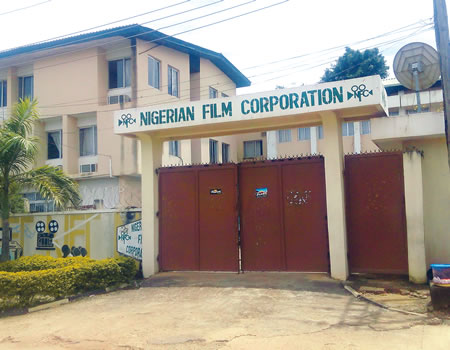 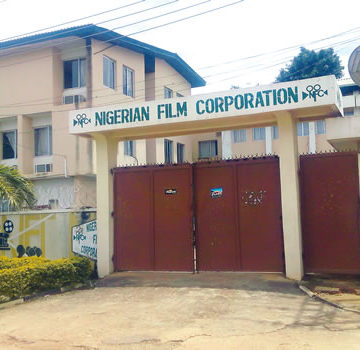 Plateau State, especially Jos the state capital, was known for film production and television movies  in the early 70s up to the 90s, and this had produced an array of film producers, actors and actresses who are now household names in the film industry. Prominent television productions such as Behind the Cloud, Cock Crow at Dawn, Soweto, Mr. Johnson and Ripples, among others, were shot at various locations in the state. Some of the producers and actors/actresses behind the movies then were Nat Dazie, Ene Onoja, Peter Igho, Sadiq Daba, among others, who are still relevant to the film industry today.

Nigerian Tribune findings revealed that virtually all those behind television productions then passed through Jos and mostly trained at the Television College, which is now NTA College, affiliated to Ahmadu Bello University Zaria.

Jos, the capital of Plateau State, is unarguably a champion among the cities in Nigeria in terms of numerous talented artistes and celebrities it has produced over the decades. Available statistics depicted that only Lagos surpasses Jos in terms of talented artistes and celebrities it has produced. Checks revealed that most of the film shots in the early 80s to 90s had the touch of Plateau State in terms of locations, beautiful scenery couple with a clement weather, which is alluring and magnetic in nature.

It was learnt that the conducive atmosphere further served as an impetus that   gingered quite a lot of the actors, actresses and film producers across the country to choose Plateau State as location sites, while some of them later settled permanently in the state. Places like Shere Hills, Kura and Assop Falls, Hill Station Hotels, among other numerous historic beautiful sites, served as locations for films and always a beehive of activities.
The hubs of activities in the industry then propelled the Federal Government to establish Nigeria Film Corporation in Jos, which later gave birth to a training arm known as the Nigeria Film Institute, in 1995, to provide training and capacity building of the highly specialised manpower needs of the Nigerian film industry.
A prominent filmmaker who did not want his name in print told the Nigerian Tribune stated that at a point in time, precisely in 1998, the Corporation was able to meet the need of the industry but as the industry expanded and with new technology in vogue, most of the film makers had to come along with their personal equipment, instead of relying on the Nigeria Film Corporation.

However, the vibrant industry began to experience a downturn trend towards the end of 1999, a Director and Film Maker Mr. Ifeanyi Onyeabor, who was trained in Jos but now based Lagos said it is unfortunate that the once vibrant film industry in Plateau State has cascaded to the level that any actor or producer coming to Jos sees it as a risk or going to war front due to insecurity occasioned by years of crises.
“There is relative peace now, apart from few of us who know the in and out of Jos, probably because we were born and trained here, actors are afraid of coming to Plateau. The relations of few ones I have with me at location presently in Jos have been calling them thus causing distraction for us. So actors/actresses don’t want to come” he said.

Onyeabor said negative reports about Plateau in the media had greatly affected the film industry and suggested a film festival that will would bring producers, actors/actresses and other people from entertainment industry to Jos, to instill confidence in them and entire world that the state is safe despite little security challenges which also abound everywhere.

Quite a lot of film makers and actors who spoke with the Nigerian Tribune corroborated this, Adamu James tasked the state government to focus more on security so as to step up the traffic of  film producers and actors in Jos, adding that this would encourage the young ones in the industry.
Another problem enumerated was lack of fund, unlike Lagos, Kano and Enugu States where there are few individuals and corporate organisations who could pull resources together for sponsorship, such is lacking in Plateau State. For this reason, there are mass exoduses of talented producers, actors/actresses to Lagos and Abuja for greener pasture.

It was gathered that independent self-employed producers were frustrated; generally quite a lot of them re-invested the revenues earned from one film for the next one without the anticipated profit. The unpredictable nature of the profitability of a film in Plateau State hampers the growth of the industry and discourages producers from innovation.

A prominent actor, Solomon Akiyesi who was in Jos for film shooting said coming to Jos was like a risk, saying this more than anything else has slowed down the tempo activities in the state compare to the past, adding that it was further compounded by funding  which he said was not forthcoming to ginger the young ones.
Said he: “Apart from instability, funding, state of art equipment from Nigeria Film Corporation are needed, if these are available, they will encourage producers and actors to come to Jos. We came along with virtually all the necessary equipment if have them on ground here, it will further encourage us”

However, Nigeria Film Corporation through its Head Public Affairs, Mr. Brian Etuk, said the establishment had been playing its statutory role to the practitioners in the film industry within the limit of resources and equipment available to the Corporation, adding that through its support service platform, it had supported quite a lot of film makers who came to Jos to produce film.

“The support comes in personal cash, equipment, post production, sometime our men participated in the production to ensure that the right things are done towards perfection. On many occasions, we do endorsement for them to access other windows. But we cannot do more than what we can shoulder. Also, to do more, the law which established Nigeria Film Corporation needs to be amended to meet the modern day realities

The Head Public Affairs of NFC who described Plateau State as a centre of creativity in Nigeria, said quite a lot of good films had been produced in the state adding that the training arm of the Corporation, the Nigeria Film Institute had produced quite a lot of talented young ones that were making wave in the industry.

“Both NFC and NFI are doing their best all that we need is enabling environment and more support from both the government and practitioners themselves. The present leadership is poised to advance the cause of the industry. Presently, we have one of the best editing suits in the country, enough camera, different generators and other equipment. We make all available to film makers on ground and the visiting ones, so, we are trying to play our part”

Most of the practitioners who spoke with the Nigerian Tribune tasked the state government on peace as one of the steps towards building the industry. An actor, Daniel Pam, said the government needed to be  more proactive  as a means of sustaining the prevailing peace in the state.” The situation here is not all that bad but negative reports about the state is killing the industry, the government needs to go out and assure Nigeria that the environments is safe.”

As a way out, pioneer indigenous film producer in Plateau State Mr. Tunde Mafeang Awosanya charged the state government to encourage indigenous film as a way of promoting peace and to showcase the state as truly the Home of Peace and Tourism, adding that by promoting indigenous film, there would be job opportunities and awareness that the state is safe.