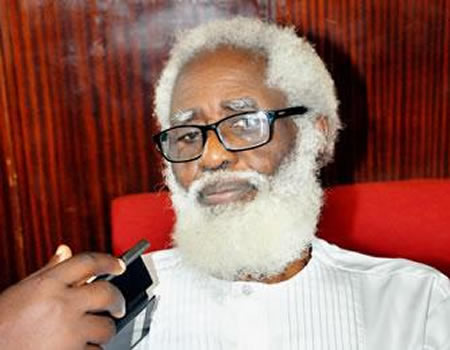 Former Nigerian ambassador to Philippines, Dr Yemi Farounbi on Friday, in Osogbo, Osun State capital said that the Social Democratic Party (SDP) would evolve a new socio-economic and political order as an effective catalyst to salvage the nation.

He maintained that concerted efforts being made by all stakeholders, including nationalists and generality of Nigerians to address myriad of challenges, confronting the country can only be fruitful if we embrace new social, economic and political ideologies, capable of enhancing the overall development of all critical sectors.

Speaking during the inauguration of a 31- member steering committee to pilot the affairs of the SDP in Osun, Farounbi, who was formerly in the Peoples Democratic Party (PDP) said “SDP is about creating a new socio-political order for the country. The economic structure of this nation is broken because the foundation is weak”.

While reiterating the calls for a restructuring of Nigeria, he asserted that “when restructuring is carried out, this would pave a way to address all the problems facing us as a nation”, adding that “the only party that supports restructuring agenda is SDP. That is the reason why we opted out of PDP. We are ready to accommodate members of other political parties from the  PDP, APC, Accord and host of others”.

According to Farounbi, “the new members should not destroy the structures of the SDP they met on the ground because of the accommodative posture of the party that enabled their integration into the party. The steering committee has the power of the executives. The steering committee in the state. We would triumph in Osun governorship. Whether they are incumbent or outgoing, they are going back to their house. If we can register at least 5 million members, we would win the coming poll. Go and work assiduously”.

In his remark, the national vice chairman of SDP, Chief Supo Shonibare hinted that “we have been meeting for the past six months under the auspices of Southern and Middle Belt Forum and we have agreed that the way we ran the regional government in the 50s is the way to go. The state will get more powers. This regional government would be actively involved in the managing of states under its jurisdiction. We may create more states”.

Presidential election: SDP not in alliance with APC, others — Leadership

Presidential election: SDP not in alliance with APC, others — Leadership