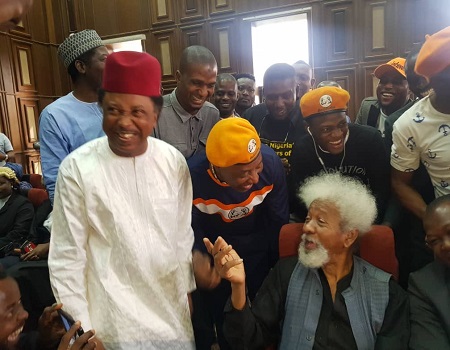 Nobel laureate, Prof Wole Soyinka, and former Senator Shehu Sani are currently at the Abuja High Court in solidarity with Omoyele Sowore, the convener of #RevolutionNow Protest, as his trial resumes today. 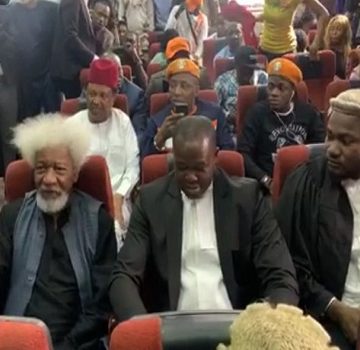 They were also joined in court in solidarity with Sowore by the former Chairman of the National Human Rights Commission (NHRC), Professor Chidi Odinkalu and an activist, Deji Adeyanju.

Sowore and co-defendant, Olawale Bakare, had been charged by the State Security Service (SSS) of a treasonable felony for organising August 5, 2019, Revolution Now protests, which it said the government saw as an attempt to disrupt peace in the country.

The trial could not hold yesterday as earlier scheduled as a result of the absence of the presiding judge, Justice Ijeoma Ojukwu, the reason it was subsequently adjourned till February 12.

The Department of State Services (DSS), on August 3, 2019, arrested Sowore and he was taken into custody until December 24, 2019, when he was eventually released on the orders of the Attorney General of the Federation who directed the DSS to comply with the orders of the court which had earlier granted him bail.