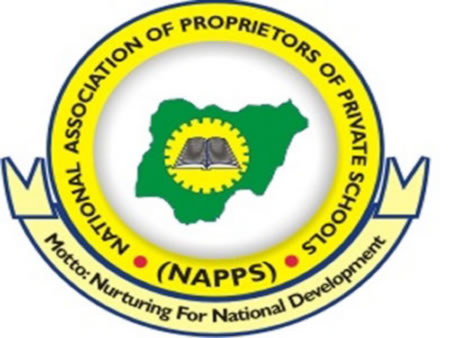 The National Association of Proprietors of Private Schools (NAPPS), Ogun State Chapter,  has said that, recession has become a menace on private schools in the state.

Speaking at a symposium organised by Mowe/Ofada unit of the association, with the theme “Safer school initiative”  the state president of NAPPS, Ogun state chapter, Prince Adesanya Oduala said,  “the recession in the country is having adverse effect on schools as parents now find it difficult to pay their children fees.”

Oduala advised proprietors not to   pay Land Use Charge which he said was a project that was introduced by somebody with the notion that private schools generate a lot of money.

“The schools pay tax, government levies, renewal fees, etc, so they should not pay for land use charge since they have the building approval. The Ministry of Finance should harmonise these taxes into a whole”

While addressing the high rate of kidnapping in the country, he urged parents to be careful in their dealings and also desist in shady businesses that would make people hunt for their children and ask for ransom.

The NAPPS boss attributed the insecurity  and unrest in the country to high rate of unemployment and urged the government to support the schools in terms of  loans, as this would ameliorate the pains and burdens in financing projects provisions of basic amenities and infrastructure.

The Mowe Unit Commander, of Federal Road Safety Corp (FRSC) Asst. Commander, Kehinde Hamzat, also speaking at the symposium noted that there is an urgent need to introduce special corp to schools as this would go a long in educating the pupils on importance of roads signs and safety.

He stressed that, the symposium was for  enlightenment especially for school bus drivers, adding that trainings  would also be organised for them in order for them to know more about driving safely and also obeying road signs and understanding speed limit.

He used the forum to reiterate that safety on high ways in the state has improved tremendously and the rate of crisis on the Lagos-Ibadan expressway has reduced drastically partly due to the fact that construction companies has suspended their activities for now.

“There is a better traffic situation on the expressway,  speed trills but it kills. it is better to be late than be the late. There are slightly elevated areas on the road, drivers should drive carefully so that it doesn’t fling them off the road. They should watch out for slippery roads especially when it rains and maintain speed limit” he added.

e called on drivers to drive defensively, conscious of the “ember” period and warn them strictly to stay off alcohol if they have to be on the wheel.

In his own address,the Deputy State Chairman, Police Community Relation Committee, (PCRC), Ogun state, Pastor Michael Lawson said, the safer school initiative was introduced last year by the Commissioner of Police, Ogun State, CP Hammed Liasu via orientation and seminars in schools across the state but this year decided to go a step further by introducing the ‘train the trainers’ initiative.

“The train the trainer initiative is aimed at every school proprietors becoming like a community police officer, every student growing up to see police as their friend” he said.

PTAD apologises to pensioners over delay in payment of October salaries