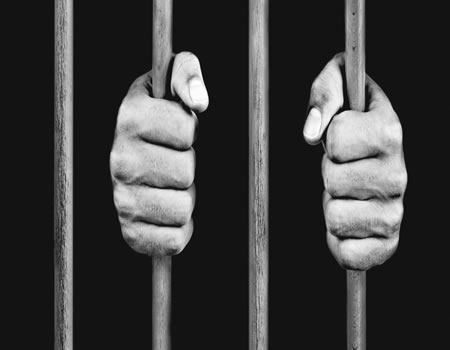 THE Nigerian Prisons Service has denied allegation that an inmate in Kuje prison, Ifeanyi Ezenwa, parades himself round Abuja under armed guard to dupe innocent Nigerians.

Public Relations Officer of the Service, Mr Francis Enobore, in a statement on Wednesday in Abuja, said there was no iota of truth in the allegation.

He said attention of the management of the Nigerian Prisons Service has been drawn to an editorial piece in one of the daily newspapers of 31st October, 2017 concerning Ifeanyi Ezenwa.

Enobore, said it was sad that such weighty allegation could not be properly investigated in order to ascertain its veracity before informing the public.

He said: “To address the concerns that have been generated by the false report, I wish to state that Samuel Jedidah Ezenwa aka Igwe, a pre-trial detainee in kuje prison has never been escorted out of the prison illegally since he was taken into custody on the 7th of September, 2012.

“Since his incarceration, his case has been heard in the trial court 15 times before it was adjourned indefinitely on the 23rd of November, 2016.

“He has been to the National Hospital for treatment on three occasions, the last visit being on the 15th of June, 2017 and on each trip like any other prisoner, he was placed under armed escort.

“On the said date, the doctor recommended some drugs which were not available in the hospital hence he was taken to a pharmacy opposite the hospital to buy the drugs,” he said.

He added that “it is not true that the armed escort was to give him cover and create an aura of a Very Important Person (VIP) to facilitate an illicit deal with unsuspecting members of the public.”

The prisons spokesman noted further that the safe custody of every prisoner whether within or outside the prison yard was the responsibility of the Service, therefore, the armed personnel that escorted the prisoner to the hospital did so legitimately.

“And I challenge anyone with contrary evidence to prove it.

“While appreciating the genuine support of members of the public towards having a virile prison/correction institution in Nigeria, the management of the Service wishes to appeal for a thorough investigation of allegations in order to avoid misleading the public.

“The leadership remains irreversibly committed to maintaining the existing administrative and security structure which has resulted in peace and calm in all prisons across the country,” he said.