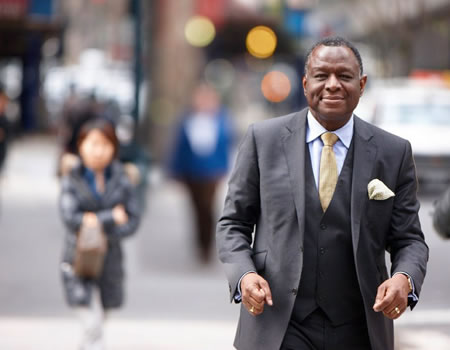 THE National Population Commission NpopC  on Tuesday mourned the demised of  Executive Director of the United Nations Population Fund (UNFPA), Professor Babatunde Osotimehin.
This is even as it described his death as a monumental loss to the global community, humanity and the Nigerian people.
Chairman of the Commission Chief Eze Duruiheoma, in a statement signed by the Head of Public Affairs unit, Mohammed Isah,  noted that the late Professor Osotimehin was an irresistible campaigner for the welfare of the girlchild and women.
“He devoted his intellectual knowledge and professional skills in ensuring that reproductive health rights particularly of the vulnerable population are promoted and enforced both at national and global levels.
“The late Executive Director of UNFPA will be remembered as an international statesman who used his enviable position, wealth of experience and immense goodwill to ensure that key issues of population and development are brought to the front burner of national and global priorities.
“With the death of Professor Osotimehin, the Commission has lost a strong pillar of global support, a dependable ally, a great motivator and immeasurable treasure of inspiration and guidance,” the statement reads.
He further described Osotimehin as one who during his lifetime, Professor gave solid backing to the Commission’s effort to conduct the next census adding that he deployed his respected voice and enormous goodwill in order to drum up support for the timely conduct of the exercise.
“The Commission will surely miss the guidance and support of Professor Osotimehin at this critical stage when preparatory activities for the next census are being implemented,” it added.
The NPC Chairman prayed that God grants his gentle soul eternal rest and his family the fortitude to bear the loss.