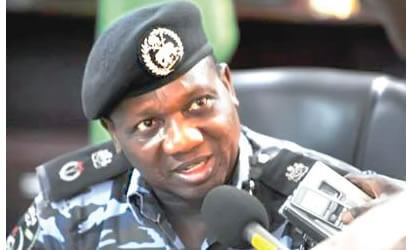 The Nigeria Police Force has reiterated its commitment to ensure adequate security of life and property in the maritime environment of the Niger Delta region.

Iwuozo, who was on a tour of marine police formations in the state, told the maritime stakeholders that the Inspector-General of Police, Idris Ibrahim, was eager to reposition the marine section of the Force to achieve more efficiency.

He said the Force was prepared to provide better service delivery across the states of the federation where maritime activities are taking place, adding that more gunboats would be acquired to enhance patrol on the waterways.

Iwuozo, a Superintendent of Police, said the NPF was currently addressing the issue of manpower by mobilising officers from other departments into the marine section, and that they would undergo special training for the tasks ahead of them.

According to him, the marine officers were also being sensitised to be more pro-active and more pre-emptive, giving the present areas of security threats recorded in recent times

He thanked the members of MWUN for their previous support to the marine police department and called on them to further collaborate with the police by sharing timely and relevant information for effective security of the waterways of Bayelsa.

Earlier, Lloyd Sese, the state chairman of MWUN, had lamented the challenge of insecurity on the state’s waterways on daily basis.

“The rivers and creeks of the state have become very unsafe for any meaningful business activity in the marine sector to thrive because of incessant attacks from sea-pirates on members of the union and innocent travelers.” He said

Sese however stated that MWHUN members were hopeful that the Marine Force Officer’s visit would pave the way for total policing of Bayelsa’s waterways and save the travelling public from sea pirates’ attacks.