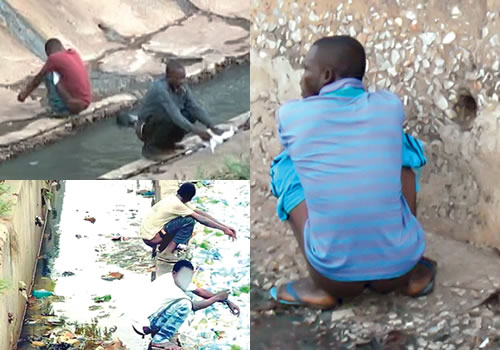 RIYOM Local Government Area of Plateau said it would set up a task force to address the scourge of Open Defecation in the area.

Mr Emmanuel Danboyi, the Transition Committee Chairman of the council, said this on Wednesday at the inauguration of a solar-powered motorised borehole in Lo-Gwom Kwi community of the area.

The project was at the instance of the United Nations Children Fund (UNICEF) and funded by the European Union (EU).

The project tagged “Water Supply and Sanitation Sector Reform Programme (WSSSRP) III”, aimed at improving access to water supply, sanitation and hygiene in the rural communities in the state.

According to Danboyi, the task force will be empowered to arrest anyone caught defecating in the open.

“We are committed to ending open defecation in Riyom; we want to attain Open Defecation Free (ODF) status.

“To ensure that we shall set up a task force to prevent open defecation within the locality.

“Anyone caught defecating in the open will be arrested and prosecuted,” he said.

The chairman said the task force would also be in charge of the facilities provided by the EU/UNICEF project.

Chief Yakubu Chai-Mang, the Atta Aten of Ganawuri, pledged the support and cooperation of the traditional institution in addressing open defecation in the area.

Chai-Mang, who described the high level of open defecation in the area as very “shameful”, urged the people to constructs toilets in their homes.

“It is very shameful that our people will build houses without toilet facilities and be defecating in the open.