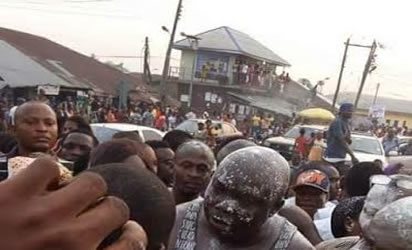 Some people in Oghara, the country home of Chief James Ibori, former Delta State governor, are seen in the photographs below jubilating over the release of their son, Ibori, who had been in prison in the United Kingdom for money laundering.

Ibori was sentenced by a UK court to prison for 13 years, served out his term midnight of Tuesday and was released on Wednesday. 2019 Election: Seek support, don’t depend on me for victory, Ibori warns…