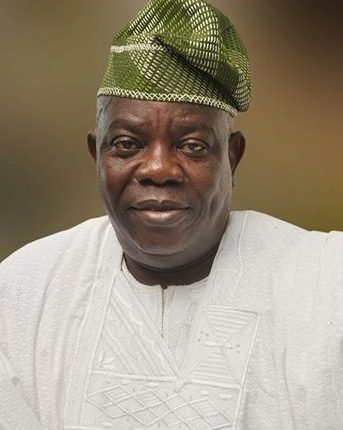 Ojuko, in his resignation letter dated 15th May, addressed to Senator Ibikunle Amosun, said his decision to quit the cabinet in less than 14 days to the expiration the out going government, was as a result of a directive from Amosun asking him to install some traditional rulers in Ota communities against his “conscience.”

The former commissioner said he left the cabinet as a show solidarity with his kinsmen in Aworiland, saying “the directive runs against my
conscience, the wish and yearnings of my people that I represent.”

Ojuko explained that he was forced to take the decision in order to be at peace with his people from Awori stock, reiterating his loyalty with Amosun.

The statement reads in part “Firstly sir, let me wholeheartedly thank you for the opportunity given me to serve in your government during your second tenure as a governor. I must confess it is a golden and very rare opportunity and for life I shall remain grateful.

“However Sir, it pained me from the bottom of my heart to give a notice of my resignation to a boss I love so much.

“By my appointment, I represent my people from Awori stock, my Local Government and the entire State. After service, I will have no choice than to go back home and settle down with my family and my people with total peace of mind. Recent events are making me to believe that this plan may not be feasible if I have to continue serving in my present capacity as the Honourable Commissioner for Local Government and Chieftaincy Affairs. The ultimate, therefore, is that I shall become an outcast among my people. At my age this avoidable.

“Sir, by my background as a Civil and Public servant, my training is to be obedient and loyal to my boss, but your recent directive on the issue of Obaship in some areas in Ota State Constituency runs against my conscience, the wish and yearnings of my people that I represent.”