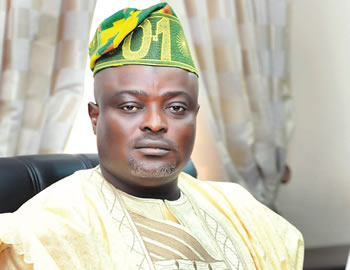 Speaker, Lagos State House of Assembly, Mudashiru Obasa, has called on Nigerians not to relent in sharing love among themselves, even as he charged to be united and vigilant at all times in order to assist the state government in nipping crime in the bud.

Obasa gave the admonition in his Sallah message in a statement signed by his Chief Press Secretary (CPS), Mr Musbau Razak.

The speaker, while urging Nigerians to continue to work for the unity and peaceful co-existence, charged them to be vigilant at all times and cooperate with the government at all levels to fight crimes in the society.

According to Obasa, Ramadan teaches love and unity, urging Nigerians not to relent in sharing the love and unity as Muslim faithful had done during the fasting period.

“We should continue to spread love and peaceful co-existence. This is the essence of Ramadan which we must not neglect,” Obasa said.

Speaking further, the Lagos Speaker said, “The issue of security is a collective task involving the governed and the government. So, we must be vigilant at all times. We must be able to provide information on any questionable individual or group in our communities to security agents. This assists government in nipping crime in the bud.”

Obasa, however, assured Nigerians that the government of All Progressives Congress (APC) at all levels was committed to improving their lives and enhancing their welfare.