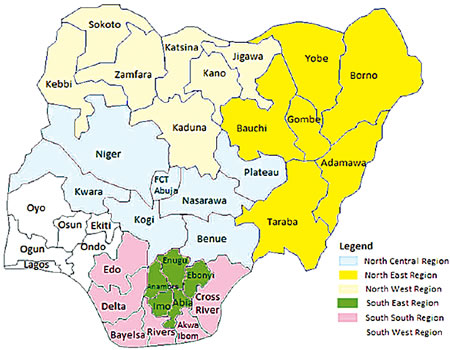 IN the past few weeks, there have been various agitations by different advocacy groups across the country.

While some are calling for the restructuring of the country in line with the 1960 and 1963 constitutions which gave the regions in the country relative autonomy, others have said that only a confederal arrangement can douse the tensions in the polity.

However, a few others are insisting that nothing but outright balkanisation of the country will work. In my own view, a honest appraisal of the situation in the country will show that at no time has it ever been as divided as it is right now.

This is why every effort must be made to give the geopolitical zones that make up this country relative financial autonomy. They must be allowed to develop at their own pace, as practised during the first republic. If Nigeria is to remain one, this has to be a decision that all Nigerians have taken. It must be the product of a consensus.

As many eminent legal analysts have pointed out, the extant 1999 Constitution is based on a false claim that “the people of Nigeria” made it, whereas it was the military that hurriedly crafted it in 1998 while preparing to return the nation to democractic rule.

In this regard, it is preposterous to argue that the various agitations in the polity can be attended to merely by amending the 1999 constitution.

What the nation needs is a constitution that truly reflects the dreams of its founding fathers. That is why the Federal Government has to listen to the cries of Nigerians and implement the report of the 2014 National Conference.

What govt can learn from Dangote Group