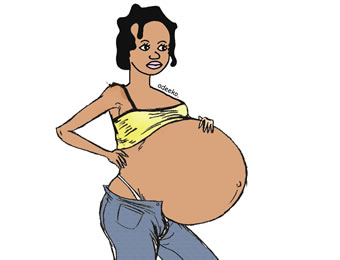 The Permanent Secretary of the Ministry, Alhaji Yahaya Garba disclosed this to newsmen in Minna on Wednesday in an interaction with the newsmen.

He said that the ministry wrote the office of the state’s Accountant General, after the findings and recommendation of a committee set up by the state Secondary School Education Board, demanding that the accused should be placed on half salary.

According to him, after the ministry received a report on March 28, that the accused had impregnated a JSS 3 student, the ministry directed the board to set up a disciplinary committee within the school.

“An 8-man committee, was set up and headed by Mrs Zainba Kolo, a Vice Principal in the school to investigate allegation against the embattled Vice Principal.

“The committee was to suggest appropriate measures to be taken against the accused if the allegation was confirmed to be true based on the provision of the public service regulation.

“The committee came out with the following findings; that the student is pregnant as proved by the laboratory test conducted at Minna General Hospital.

“That Faith is seven weeks and six days pregnant as at the time of the findings and was expected to deliver Nov 9, and that the accused was responsible for the pregnancy,” he said.

Garba further explained that the committee recommended for the accused to be forced to take responsibility of the child and the mother for accepting committing the crime.

He added further that the committee also recommended that the accused should be transfer to a male school after investigation and if not found guilty.

He further disclosed that another committee headed by Mrs Eunice Gana was set up within the board on March 30, to further investigate the matter.

The permanent secretary said that the committee came up with the following finding:

“That the Vice Principal actually admitted impregnating the student, a case of professional misconduct. That the pregnancy is actually confirmed from the medical report from General Hospital, Minna.

“That the school disciplinary report is in line with findings of the board,” he added.

Garba noted that the statutory report of the committee recommended that the Vice Principal should be suspended with immediate effect and placed on half salary pending the determination of the case.

He added that another Vice Principal was appointed to take over the accused duties and the Civil Service Commission provided letter of vindication in respect of the accused.

He said that the committee also recommended for the victim to be transferred to another school, adding that the ministry immediately acted on the recommendation.

He added that the recommendation was forwarded to the state Civil Service Commission and the Ministry of Finance was directed to placed the accused on half salary pending the termination of the case.

Garba, however, noted that the accused had been on suspension till date and was never promoted as it was being rumoured in some quarters in the state.