....Odinkalu, others to conduct poll 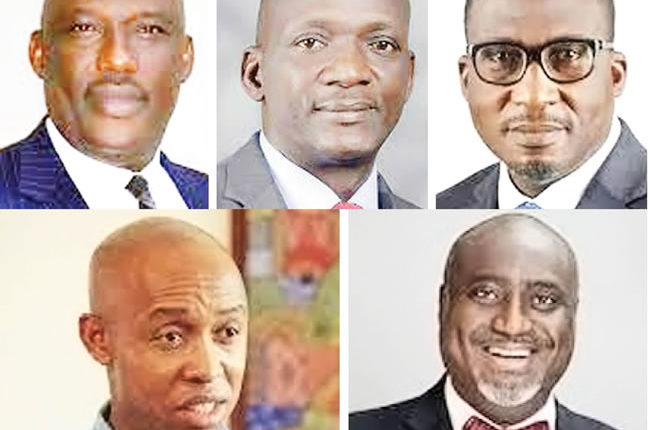 It is the turn of Northern Nigeria to produce the new NBA President later this year. SUNDAY EJIKE considers the fortunes of the frontrunners.

The Nigerian Bar Association (NBA) is warming up again for a change of guard at the national level, later this year, when the tenure of the Olumide Akpata-led executive would be coming to an end. After coming out of the 1992 crisis, the Bar in 1998 adopted a zoning arrangement, which rotates the presidency among the three major zones of North, West and East. With Akpata from the West (which includes his Mid-West origin), winding down, the top prize automatically rotates to the North, before returning to the East.

Those seeking to lead the Bar from the North are warming up and the race is already generating a buzz, considering the spectacular emergence of Akpata as the 16th non-Silk President after years of SANs’ domination, with the last elected non-Silk president being Benin-based Charles Idehen (1989-1991). Both Priscilla Kuye and Lanke Odogiyan who occupied the seat after Idehen as non-Silk, inherited the position following the appointment of now late Clement Akpamgbo and Chief Bayo Ojo, both SAN, originally elected President, as Attorney General of the Federation.

Nigerian Tribune learnt that just like the move spearheaded by Bar elder statesman Chief Adegboyega Awomolo SAN, in the last election to prevent a non-Silk president, which backfired seriously, some senior lawyers have reportedly begun moves to return the association to the pre-Akpata presidency status quo, of keeping the top-most position among SANs.

Interestingly a notable non-Silk is already in the race and the question on many lips is if the Akpata revolution will continue.

Akpata who created a momentum of the outer bar around his candidacy, won the election with 9, 891 votes out of the total 18, 256 ballots cast, while his closest rival, Babatunde Ajibade (SAN) polled 4, 328 votes and Dele Adesina, also an SAN polled 3,982 votes in the election held on July 30, 2020.

NBA poll as a model

Being a body of lawyers, who are usually called upon to give constitutional direction in election matters, Nigerians are looking up to the NBA to set the right pace for the country to follow, by conducting a free and fair election.

In less than eight months to the close of the tenure of the present leadership, prominent lawyers from the favoured zone, have begun underground preparations to contest the number one position in 2022 national elections of the association, scheduled to hold between July and August.

Checks by Nigerian Tribune showed that the NBA has, in its constitution, procedures for conducting its elections in a credible way as an association of the learned.

In February last year, it constituted an electoral committee that will conduct the elections. The inauguration of the election committee was discussed and adopted at the NEC meeting, held in Abeokuta, the Ogun State capital.

The electoral committee of the NBA (ECNBA) headed by Richard Ayodele Akintunde (SAN), has Mabel Okeke as Secretary and former chairman of the board of the National Human Rights Commission (NHRC), Prof Chidi Odinkalu, Aisha Ado-Abdulahi and Basil Udotai as members.

Apart from the top prize, the position of the first Vice President is also a closely-watched, considering that the occupant is always a heartbeat away from being president, as was the case in Kuye and Odogiyan.

While Odogiyan simply walked away after completing Ojo’s tenure, Kuye’s desire to seek re-election in 1992 at the Port Harcourt conference, facing off with Alhaji Bashir Dalhatu, Segun Onakoya and Kanmi Ishola Osobu (Peoples’ Law), threw the association into a crisis, fuelled by the government of the day, amid court cases. During the interregnum that followed, only the branches were functional as there was no central leadership. The aftermath reform ended the idea of second term and birthed rotational presidency, which eventually paved the way for the North to produce its first president in Bayo Ojo from Kogi State in 2004

Despite the laid-out election regulations, it is the Richard Ayodele-led electoral committee that is still expected to announce the applicable rules and guidelines relating to eligibility and nomination for the election in due course.

The ECNBA is constitutionally-mandated to oversee the conduct of elections into various positions in the executive council of the NBA and is thus expected to put up plan, modalities ad necessary machineries to that effect.

Nigerian Tribune gathered that, though electioneering campaign is yet to commence until approval by the electoral body, aspirants to different offices, have started warming up to their voters, by sending seasonal greetings and organising social-legal events for lawyers.

Chief Joe-Kyari Gadzama (SAN) is one of the senior lawyers from the North eyeing the NBA presidency again. In 2016, the position was looking all Gadzama, until A.B Mahmud’s shock victory over him.

Gadzama, it was learnt, was prevailed upon by some lawyers across board, to give the contest another shot. He is seen as the candidate to beat again.

Called to the Nigerian Bar in 1986 and enrolled at the Supreme Court of Nigeria the same year, Chief J-K Gadzama, was appointed Notary Public in June 1996 and elevated to the rank of a Senior Advocate of Nigeria (SAN) in 1998. His professional experience spans a vast area of adjectival/procedural and substantive law. He has served the NBA in many capacities, including as chairman of the old Abuja branch of the association. He is currently a member of NBA Abuja branch.

Another lawyer reportedly aspiring for the position is Mr. Jonathan Gunu Taidi Esq. He created a huge upset in 2018, winning a supposedly close race, with a wide margin, to become the General Secretary.

Taidi has also served the NBA as chairman and secretary of NBA Minna Branch. Born in 1969 at Kakpi, Baro District of Agaie Local Government Area of Niger State, Mr Taidi was called to Bar in 2001.

Yakubu Chonoko Maikyau, SAN is another prominent lawyer in the race. Popularly known as YC Maikyau, SAN, the outspoken legal practitioner, with an imposing physical frame was called to Bar in 1990 and is currently a member of the Abuja Branch of the NBA.

He made a name for himself during the Oputa panel. He is currently the chairman of NBA National Welfare committee.

Leading lawyer and top NBA operative, Dr. Monday Ubani Onyekachi confirmed the interest of the trio, in an earlier interview with Nigerian Tribune, though he didn’t rule out the possibility of more lawyers of Northern extraction joining the race, as the election draws near.

All eyes on Akintunde

Richard Ayodele Akintunde is the chairman of this year’s ECNBA. He graduated from the University of Ife in 1984 and called to Bar in 1985.

He was conferred with the rank of Senior Advocate of Nigeria in 2016 and he is also a member of the International Bar Association (IBA), the International Federation of Bankruptcy and Insolvency Professionals (INSOL), a Fellow of the Business Recovery and Insolvency Practitioners Association of Nigeria (BRIPAN), and a Fellow of the Chartered Institute of Arbitrators United Kingdom, a Chartered Arbitrator, among others.

In 2020, Ayodele became a Fellow of Society of Construction Industry Arbitrator. He is over 35 years at the bar.

NOTAP generates N79bn for Nigeria through registration, reviewing of agreements among technical partners