NBA moves to review its constitution 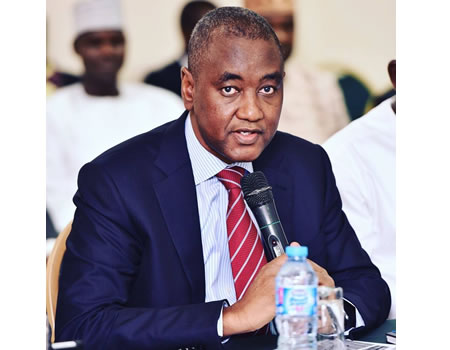 The Nigerian Bar Association (NBA) has initiated moves to amend or review its current constitution in view of current realities, emerging trends, and challenges facing the association.

The NBA President, Abubakar Mahmoud (SAN) this on Wednesday in Abuja while inaugurating the Committee on the review of the NBA constitution.

According to the NBA boss, one of the major challenges facing the association relates to its governance structure, even as he expressed dismay over the leadership succession and electoral system used by the association.

Mahmoud then stressed the need to adopt a less expensive and advanced system in order to keep pace with best international practices.

He said, “One of the areas that require total constitutional overhaul and which this committee should pay close attention to is in respect of leadership succession in NBA, and our mode of electing NBA National Officers.”

The NBA President said after an extensive study of different models and best practices across diverse jurisdictions and countries, it was concluded that no Bar Association or Law Society practices the existing NBA model of leadership succession and election of National Officers.

“Even amongst other professional Associations and Trade Union in Nigeria like ICAN, Nigerian Medical Association, Nigerian Society of Engineers, and NLC, I  believe their leadership succession model is far more advanced and in line with international best practices.

“The current NBA leadership succession and election model are expensive, primordial, obsolete, risky, and may throw up mediocrity,” Mahmoud said and maintained that the existing system does not ensure that the best candidate emerges, as it ensures the primacy of politics over professionalism.

He then urged the Committee to interrogate and review the current electoral system with a view to recommending reforms.

Others include, Mrs Mercy I. Agada; Chris Nnoli, Mustapha Adekola, and Al`Ameen Abubakar.

The terms of reference of the committee include, to thoroughly study the NBA Constitution with a view to identifying areas that require amendment and propose appropriate amendments that will promote the objectives of the Bar, to propose appropriate amendment in the areas pointed out in the President’s speech where the current Constitution is lacking and inadequate and to also review and propose all other such amendments as may be required necessary to the provisions of NBA Constitution.

The committee is also mandated to receive memoranda from members on all aspects of the NBA Constitution that require amendment and to submit its report to the NBA within six weeks of its inauguration.