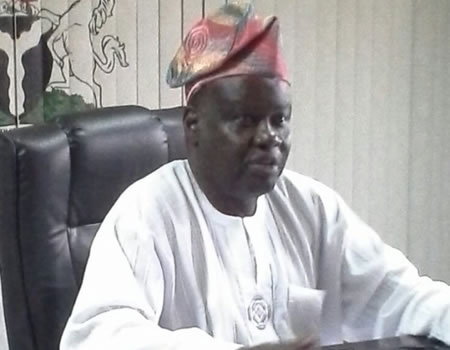 THE National Library of Nigeria has called on stakeholders in the education sector to go to the grassroots and inculcate the reading habit to the children so as to catch them young.

National Librarian, Professor Lenrie Olatokunbo Aina, who made the call, said this would help to improve the standard of education in Nigeria.

Aina, who had recently flagged off the nationwide readership promotion campaign in Abuja said the exercise was expected to be taken to various states of the federation while the grand finale would be held in the FCT, later in the year.

Speaking at a readership promotion campaign in Gombe, Gombe State to sensitise the general public on the importance of reading, Professor Aina, said going to grassroots would enable the agency to inculcate the reading habit in them.

Represented by the Deputy Director, Public Services Department, Northern Operation, Alhaji Nagya Minin, the National Librarian maintained that as the apex library in the country, the organisation was mandated to carry out reading campaign to sensitise the general public to the importance of reading.

He said this idea was the reason the campaign had to go to the grassroots level to educate people and children on the importance of reading, adding that, if not for lack of funding, the campaign should be done in every local government area of the federation, so that Nigerians could understand why they should change their attitude to embrace the reading habit.

“When a reader develops the various reading skills needed for successful reading, he is then inclined to read and a reading culture evolves through getting involved in daily reading activities. The result of this types of reading as an art, is the ability of the reader to integrate information in a text with the background of the experience of the subject matter of what is being read,” he added.

He added that the library commenced the initiative to undertake the readership promotion campaign in 1981 and that had become an annual event, saying in the past, the organisation used to organise the campaign in few selected locations on rotational basis, but for this year “we expanded the scope to cover all our state branches across the country”.