Most youths want exotic cars, houses without working for it ― NOA DG 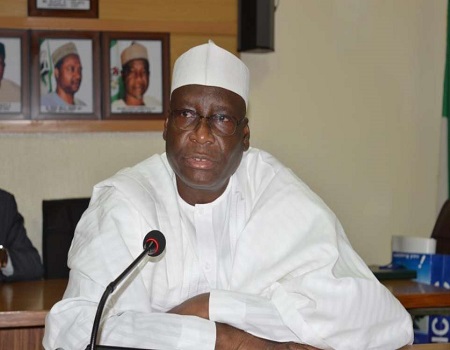 The Director-General of the National Orientation Agency (NOA), Dr Garba Abari has said that most Nigerian youths want to acquire exotic cars, houses and other expensive things without working hard to acquire them.

Dr Abari who disclosed this at a 2 day Zonal Workshop for Citizens Groups and Other Stakeholders on Civil and Voter Education, noted that if the youth in Nigeria were assured of a meaningful life, they may not engage in violence or destruction.

He further stated that the Nigerian youth were being influenced negatively by the flamboyant lifestyle of Nigerians who acquire wealth illegally.

His words: “Most of our youths want to drive exotic cars, build exotic houses, wear expensive designer clothes and perfumes without necessarily working hard to legitimately acquire the resources to make these dreams come true.

“These youth are highly impressionable, they are daily bombarded with news of billions of naira siphoned by government and private sector officials and are being influenced by the flamboyant lifestyles of people who acquire ill-gotten wealth.

“Corruption and ill-gotten wealth are beginning to look like the correct thing to aspire to if a person wants to enjoy the good life and be recognised by religious, traditional and socio-cultural groups”.

Furthermore, Abari said, “the thinking is that if the youth in Nigeria are assured of a meaningful life, they may not be apt to choose the lifestyle offered by promoters of violence and destruction”.

He, however, urged government at all levels to prioritise programs, policies that create opportunities for the self-fulfillment of Nigerian youth.

“It is in recognition of these challenges and the need to commence the process of capacity building for citizens groups in the 36 states of the Federation as well as the Federal Capital Territory towards getting them actively participate in the process of sensitising citizens in their communities of operation, that the NOA undertook the task of mapping of citizens groups in the 36 and the FCT as a critical towards nominating participants for the capacity building workshop on civic responsibility which is happening today”, Dr Abari noted.

The workshop which is themed Improving the Quality of Citizens Participation in Governance Through Civic Education was organised by the National Orientation Agency (NOA) in partnership with Open Society Initiative for West Africa (OSIWA).

Instead of appealing judgement, PDP, Atiku should apologise to Nigerians ― Lai Mohammed